It’s been a long time since the last Rozan Report and I’ve missed you all! I hope you’ve been happy, healthy, and productive. (Yes, I still use the Oxford comma and I don’t care who knows it.) For my part, I’ve been traveling, writing, teaching… oh, all kinds of things. And sometimes, all of them at once.

For the first time in my life I was in Mississippi. That leaves only four states I haven’t at least set foot in. (Should we have a contest on the website to guess which ones?) My friend Eric Stone (http://www.ericstone.com/) moved down there, to Clarksdale in the Delta, so I went to visit. After two days of tooling around with Eric (the world’s best tour guide) and local hero Ace Atkins (http://www.aceatkins.com/), I woke up with a hangover and an idea for a new Lydia Chin book. Luckily the one that faded was the hangover. The book, to be called SWEET TEA, is underway.

In July I was in Assisi, as usual, teaching a writing workshop. An awful lot of you keep saying “maybe next year” about coming to Assisi to take a workshop and I want to say, THIS YEAR! Come to Assisi! This summer’s dates are July 27 – Aug. 9. Room, breakfast, dinner, and workshop in a four-star hotel with a very friendly staff; plenty of time to relax, to explore the beautiful town, and to GET SOME WRITING DONE! http://artworkshopintl.com/

My big trip this year was in August, when I went to Mongolia for the third time. (And how many people do you know who can say that?) Went with a bunch of traveling buddies, had a fabulous time. We hit the Gobi, where we climbed a big giant sand dune and then had a picnic dinner in its shadow as the sun went down;

and further into the wild east to a pine-surrounded lodge built by a Mongolian man who spent a few years in the US as a rodeo bull rider.   There’s a book coming out of Mongolia, too, THE KHAN’S KEY. Stand by.

While you’re standing by, and if you can’t come to Assisi (come to Assisi!) here’s where I’ll be teaching in the US in 2016.

I’ll be in West Bend, WI, for the third annual Writers’ Bookcamp (like Bootcamp but for books, get it?) for a week, May 15 – 21. A week in a beautiful quiet retreat, hills, pond, walking trails and other writers. No specifics on the Wisconsin Writer’s Association website yet, but keep checking back. And no, you don’t have to be in, or from, or ever have seen, Wisconsin, to come.

Then June 19-25 I’ll be doing a Crime Writing Workshop on Martha’s Vineyard, MA, at the Noepe Center for Literary Arts. Again, beautiful and serene, a great place to focus and work.

Now, if you need something to help you keep track of the days until your workshop starts, I have three new 2016 calendars. (Because of what use is an old 2016 calendar?)

They are: Travels, Flowers, and The Five Snouts of Mongolia, plus.

Pick them up and never be confused again. At least, about what day it is.

In preparation for a trip to the Mississippi Delta, Bill Smith has been spending time with some of BB King’s recordings, particularly “Live at the Apollo.” BB King recently died at 88. He and his guitar, Lucille, are well worth any number of hearings. Here they are — King and Lucille — doing “The Thrill is Gone.”

I know many of you have been following the stories of my daughter’s cases. I would certainly rather she had chosen a path that did not lead her into association with the type of person she encounters in her detecting work. I mean, of course, both the criminals, and the other investigators. I am sure that soon she will outgrow the foolishness of her current career and realize how many other more respectable possibilities are open to her. However, until she does, I am still her mother and it is my duty to assist my children in whatever way I can. To this end I have recently begun to investigate some cases myself, ones involving people too distasteful for me allow to associate with my daughter. If you are interested, two of my cases are chronicled in these publications.

Well, that’s it for now. Have a great holiday season and a terrific start to 2016. See you around the block!
SJ

This will be the home of SJ’s new blog. Journalscape is a thing of the past and all new communications will happen right here in WordPress.

Still chilly in the park by the river these mornings. Sharp waves on the water, though sunny and bright. The buffleheads are still here, and the Brants and mergansers, too. Snowdrops have been up about two weeks. Nothing else is blooming, but now that the snow’s gone crocuses, daffodils, and even tulips are slicing up through the soil as fast as they respectably can. Joggers and dog walkers are much more cheery and numerous than they have been for months. Today, I watched a guy with a dog setting up orange cones. He’d tell the dog to go ahead, the dog would sniff and then nose over one of the cones. The guy would take the treat the dog had unearthed and give it to her. They did this a number of times. They were both obviously having fun and I finally had to ask the guy what they were doing.

Mergansers bob up and down,

Would that I could wash you now

And pack you away!

Went out to Dead Horse Bay Saturday with my buddy Jim. 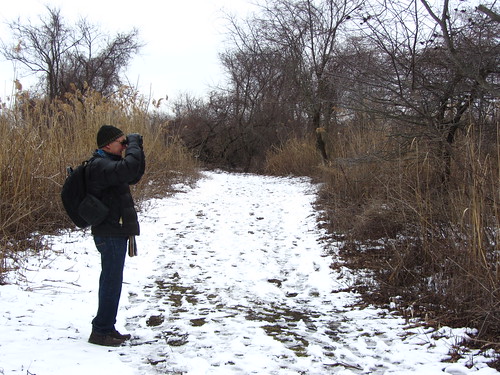 Our goal: to see the huge flock of scaup (20,000 or so) gathering from various places in NY harbor so they can head back north together. Also saw oystercatchers, brant geese, American black ducks, and a single merganser, looking indignant as only mergansers can. My camera’s not powerful enough to capture the birds at a distance, except for this one photo, when the flock came in close. 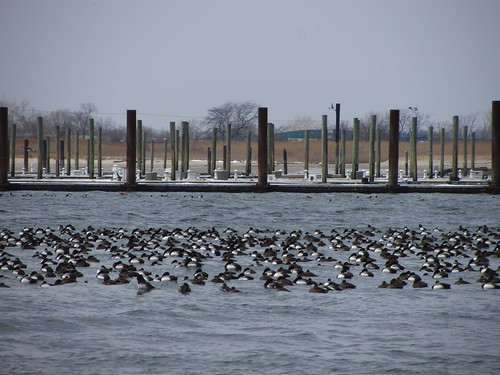 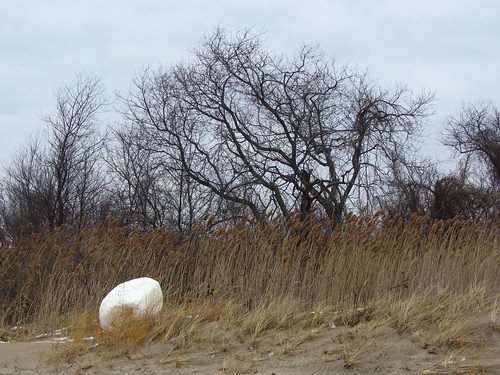 The beach at Dead Horse Bay is famous for glass and ceramic debris going back a hundred years. New bits and pieces wash up all the time. 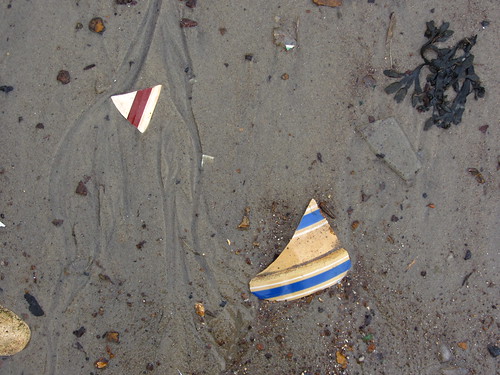 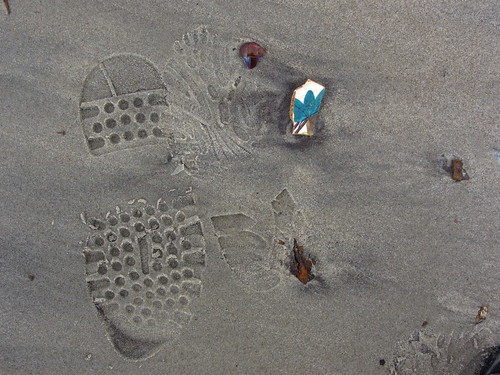 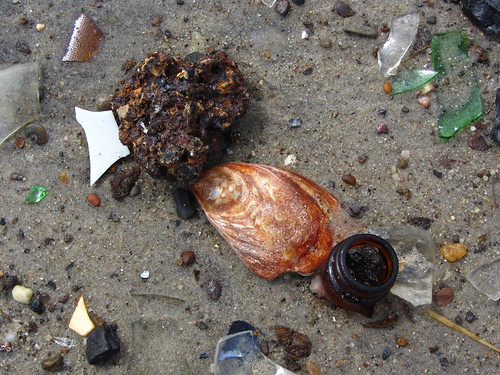 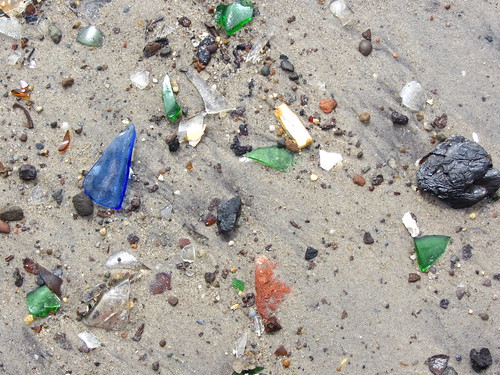 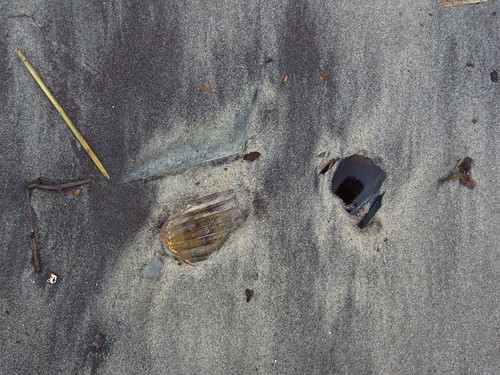 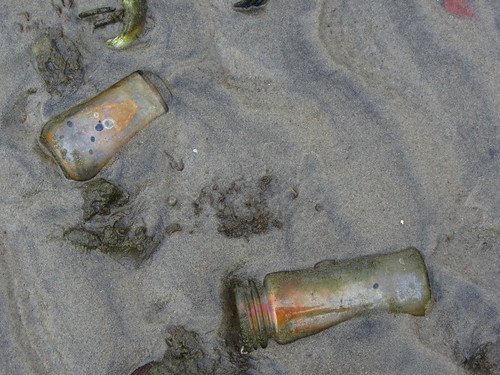 Also, about half a dozen boats are in various stages of dereliction on the sand, though it’s unclear whether they were abandoned there, or elsewhere and they washed up there. 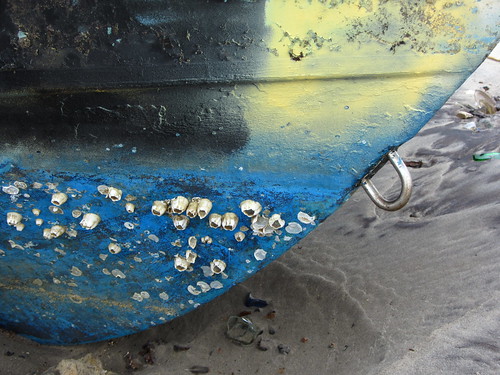 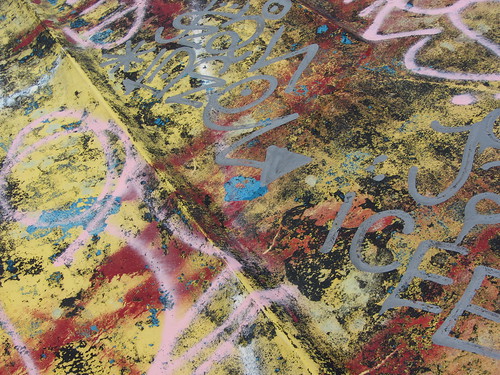 Clings to tree’s north side.

Gull slides down to take a look,

Circles and flies off.

Lawrence Block edited this anthology and I’m proud to be in it along with Jonathan Santlofer, Ed Park, Jim Fusilli, Robert Silverberg, Jane Dentinger, Thomas Pluck… Enough already. Here’s the point: I have an ARC to give away and I’m giving it to a random new “Like” on my Author Page.

I wrote a whole slew of short stories last fall, and some of you were kind enough to ask where they were going to be published. Well, two are narrated by Lydia Chin’s mother, and this is where one of those landed. 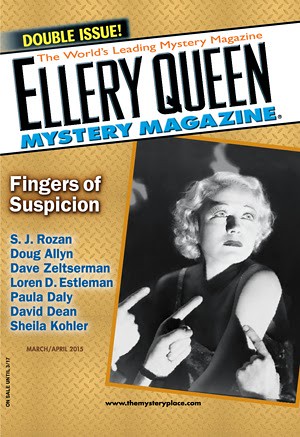 And just in case your local newsstand doesn’t carry it, you can buy it here.