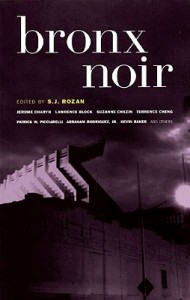 The Bronx is the only New York City Borough on the mainland of North America. Which doesn’t stop it from being a country all its own. As any Bronxite will tell you, being from Da Bronx is a permanent condition, no matter where you end up, and Bronx Geography is played from Alaska to Florida, from Paris to Trinidad. Originally a huge farm estate belonging to one Jacob Bronck (“Yonkers? Where’s that?” “Just north of the Broncks’.” Get it?), the borough has as many diverse social ecosystems as the Amazon has biological ones.

For a time in the ’70s and ’80s the name was synonymous (to non-Bronxites) with a vast urban maelstrom of lawlessness and decay. But the place was always more complicated than that. There’s the Bronx Zoo, and the Botanical Garden; there are universities and Yankee Stadium, grand estates and squalid housing projects, the sinking Concourse and nautical City Island.

This is not to say crime isn’t, potentially, everywhere. Just that the Bronx has more everywheres than most people imagine. The writers represented in Bronx Noir know the borough so well that, reading the book, you’ll smell it, feel it, see it, hear it. The sights and scents will be multitudinous and as distinct as the neighborhoods. And everyone of them, in all their glorious mutual contradiction, is the Bronx.