Tag Archive for bella the cat 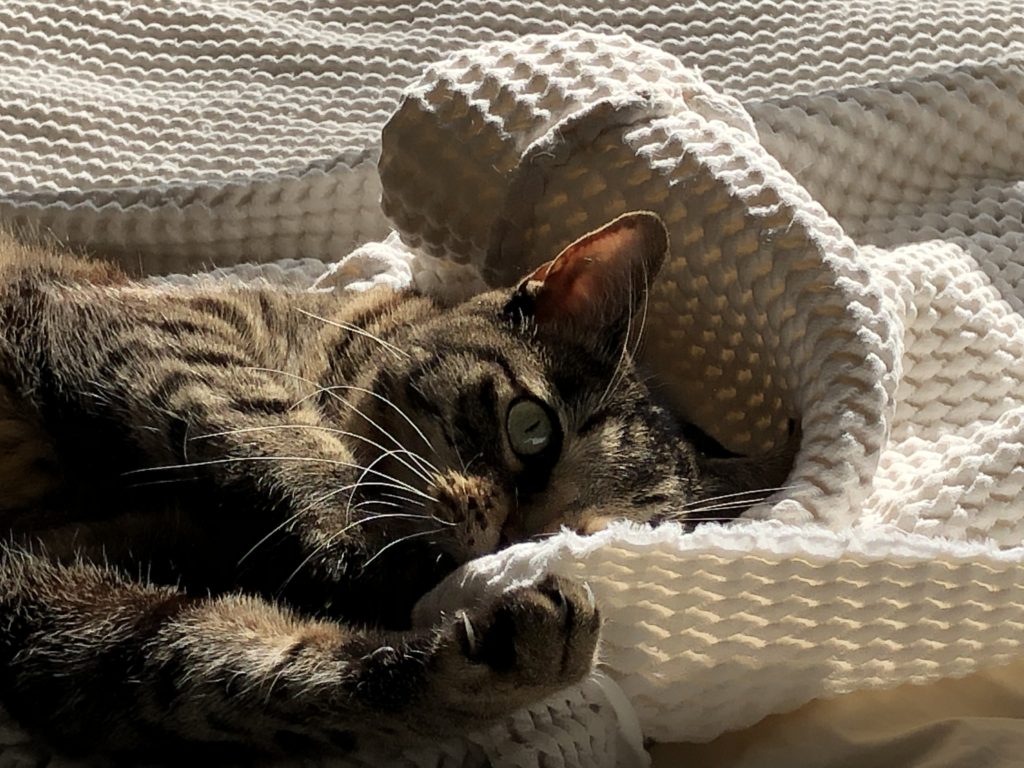 If you were wondering where the SJ Rozan 2021 photo calendars were, they’re here!

Plants, Flowers, Trees and All That
Colors
Bella the Cat
Get one, get two, get ’em all! 2021, here we come! 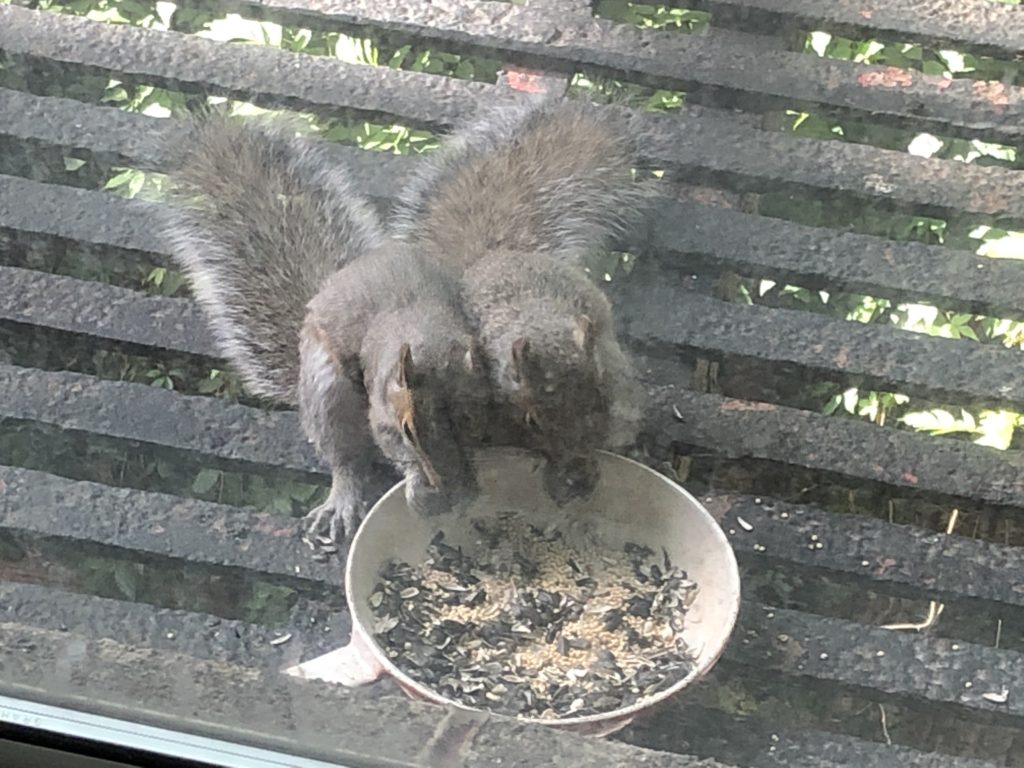 December is here, and just in time for your holiday shopping, so are the 2018 SJ Rozan Calendars! This year there are three: FAKE BIRDS, with some of the year’s best fake bird photos; FOOD, and need I say more? And now, for her many fans, BELLA THE CAT.

Get yours (and everyone else’s) today! 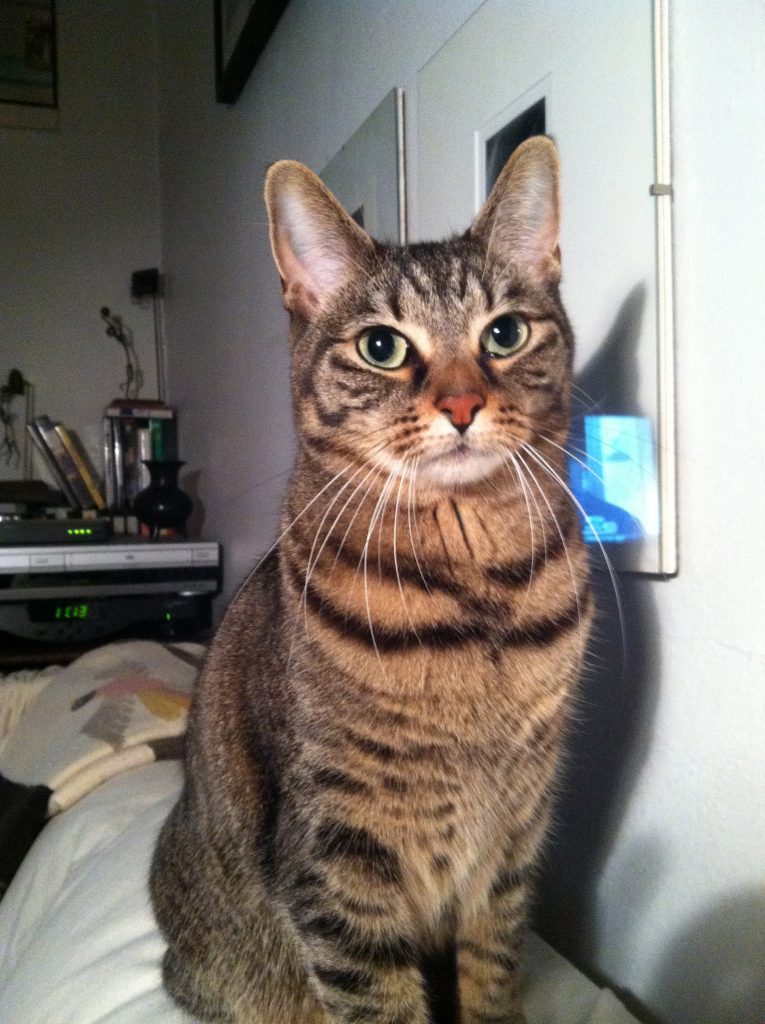 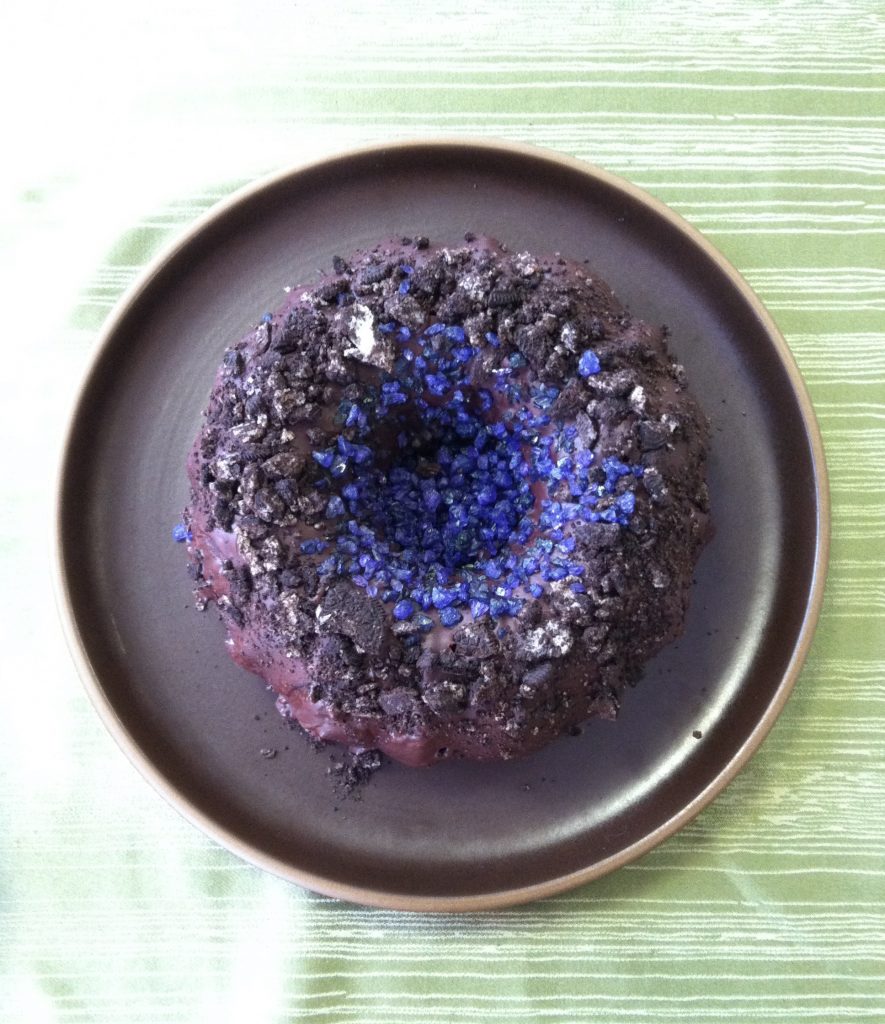 I have a cold.  My colds go chest to throat to nose, and this one is still in the chest stage.  Coughing, wheezing.  Went to a dance concert last night, played basketball this morning — I’m of the firm opinion that sweating it out is the best thing, though I didn’t have a lot of oomph and played rather badly — and came home exhausted.  But the good part is this: checking my book last night to see whether I could cancel anything I had coming up for the next day or so I saw that I have nothing! From now until Tuesday night, when I teach, my schedule is blank.  This never happens, and it especially never happens when I’m sick.

So I finished playing basketball, did a little shopping on the way home, took a hot bath, and will be burrowed in here for the next three days. Today I’m not even going to write. I’m going to clean out some files, finish my taxes (I warn you, say nothing), nap, and make chicken soup. And catch up on some reading, and watch the women’s NCAA Final Four while I eat the chicken soup. I’ll write tomorrow and Tuesday, but nothing more ambitious because more files and more napping.  Tuesday evening I’ll emerge, all better (or, with a cold in the nose, which is more likely) but somewhat, I hope, de-stressed.

I’ll let you know how it goes.

Cold in the apartment.

Warm in the just-out-of-the-dryer laundry basket.

Too much laundry in the laundry basket, not enough cat room. Bella took care of that. 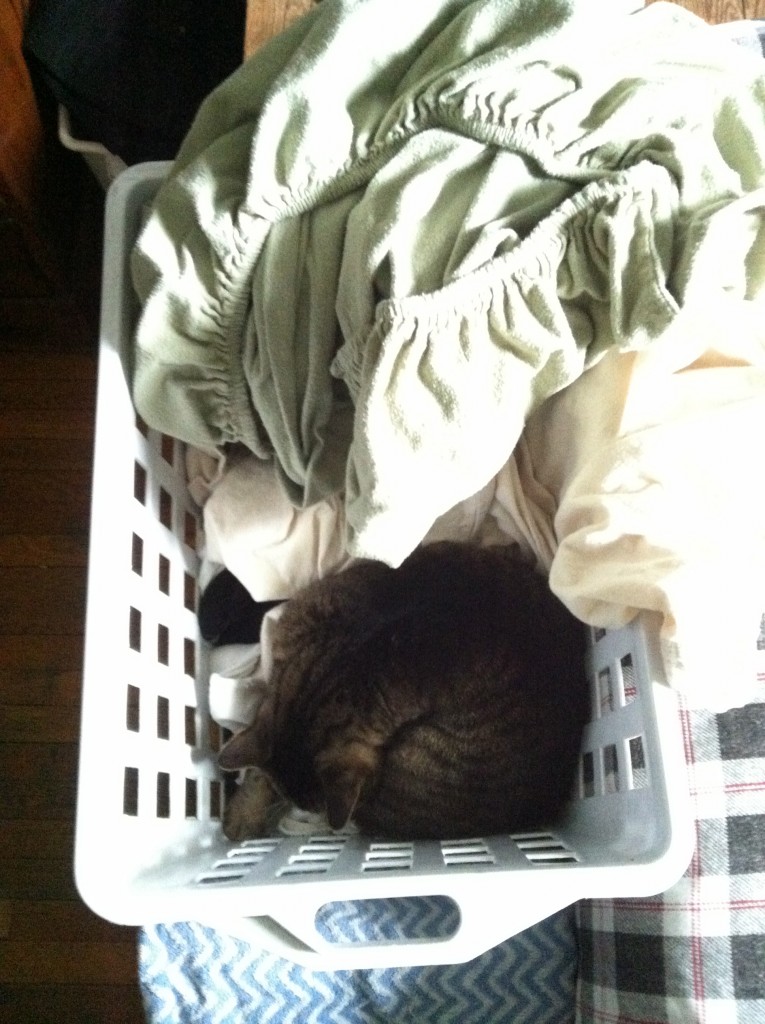 Bella packs herself into the knapsack, in case there’s someplace to go.