First, I found you a photo of Monty’s apartment from the living room looking out to the terrace. Those chairs are where we had morning coffee, fruit, and bread, before embarking on the day. 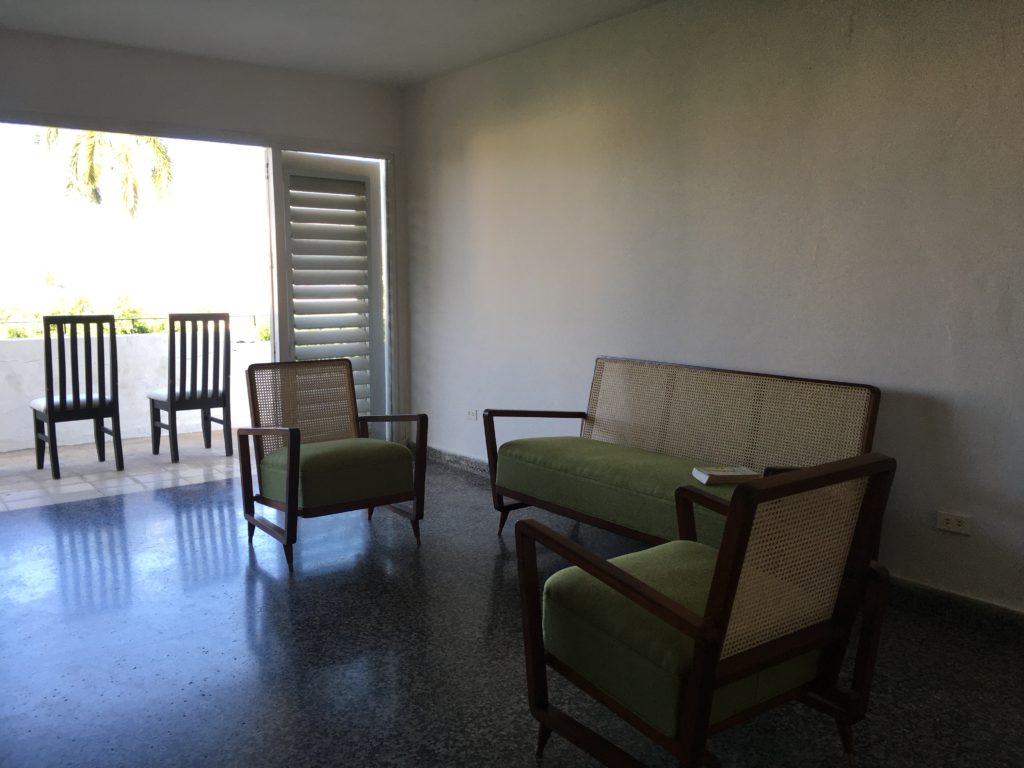 Now: Monty and his nephew Sam, my traveling companions, have cousins in Cuba. The connection is through Monty’s mother, a Cuban who met and married an American in North Carolina (where I’ll be in a few weeks for the Crime Scene Mystery Bookfest in Fearrington, she says parenthetically) in the 1940’s. They weren’t living in Cuba when the Revolution came, but much of the family was. What happened was, if you supported the Revolution and stayed, and you owned a house, you could keep it, though if you also had rental properties the government took them and gave them to poor families — often those who’d been renting from you. If you left, whatever property you left behind was forfeit. (Thus the supply of gorgeous Art Nouveau, Art Deco and Mid-Century Modern furniture in the used furniture shops.)

The cousins, Olimpia and Carlos, believed in the Revolution and stayed — in fact Carlos, an economist, worked at the Cuban Consulate in Berlin for a number of years. They had a terrific Art Deco house and they have it still. It was built by an artist, and has a garden and a breezeway to a rear building that served as his studio, and now houses Olimpia and Carlos’s son Pepe and his family.

Olimpia and Pepe in front of the house. 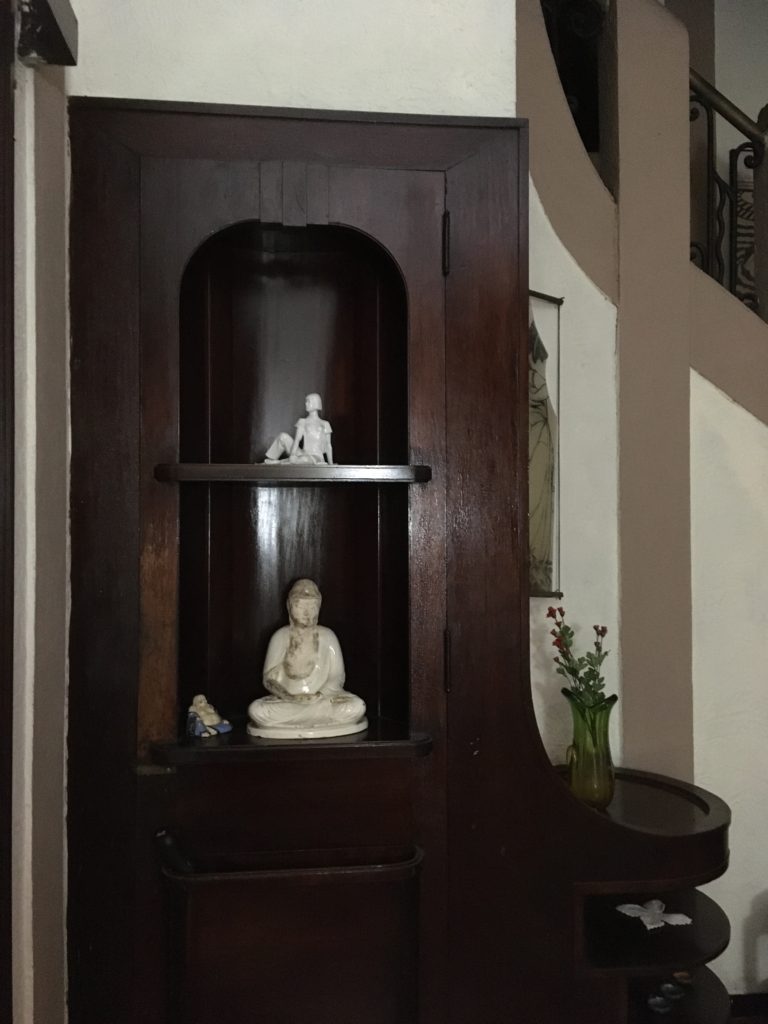 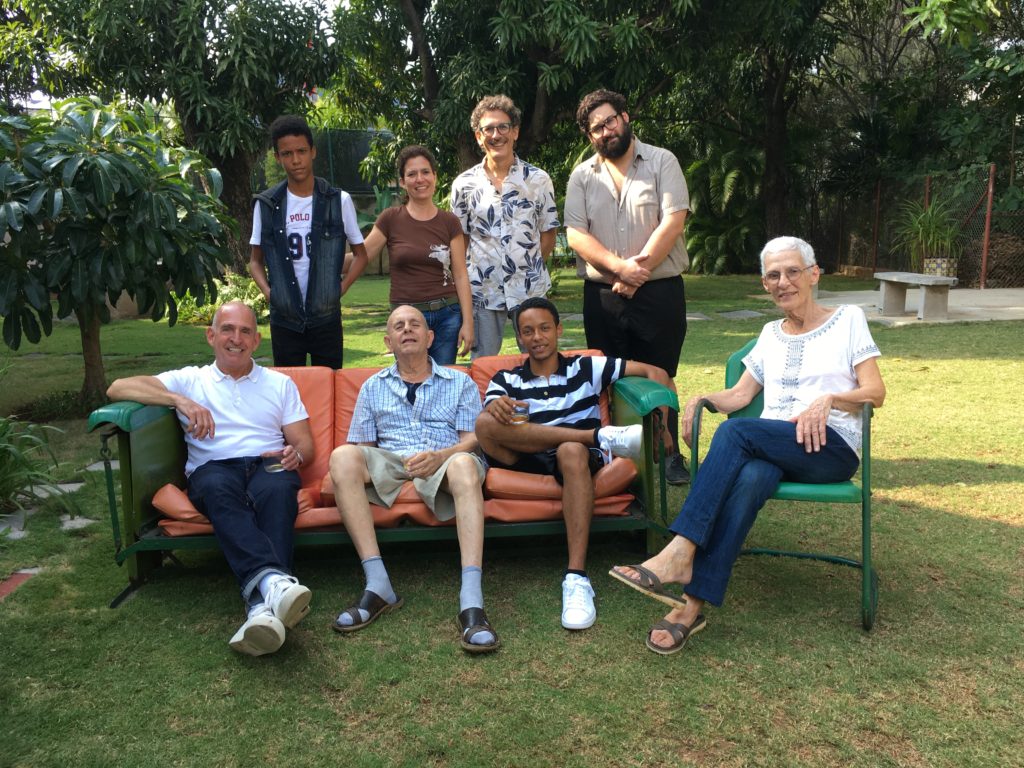 Cousins in the garden. Monty, my buddy and traveling companion, is in the white shirt on the sofa, and Sam is the bearded guy standing on the right. Standing with him are Pepe, Pepe’s sister Claudia, and one of Claudia’s sons. Seated are Olimpia, Claudia’s other son (he’s in the Army) and Carlos. Pepe’s wife and kids were traveling, and Claudia’s husband was working. The garden has four mango trees but it wasn’t mango season, sob.