The 2017 SJ Rozan Calendars are here!

For your gift-buying pleasure, including, of course, gifts for yourself.  They’re not quite all here (kind of like me) — Accordions to come, give me a few days.  But 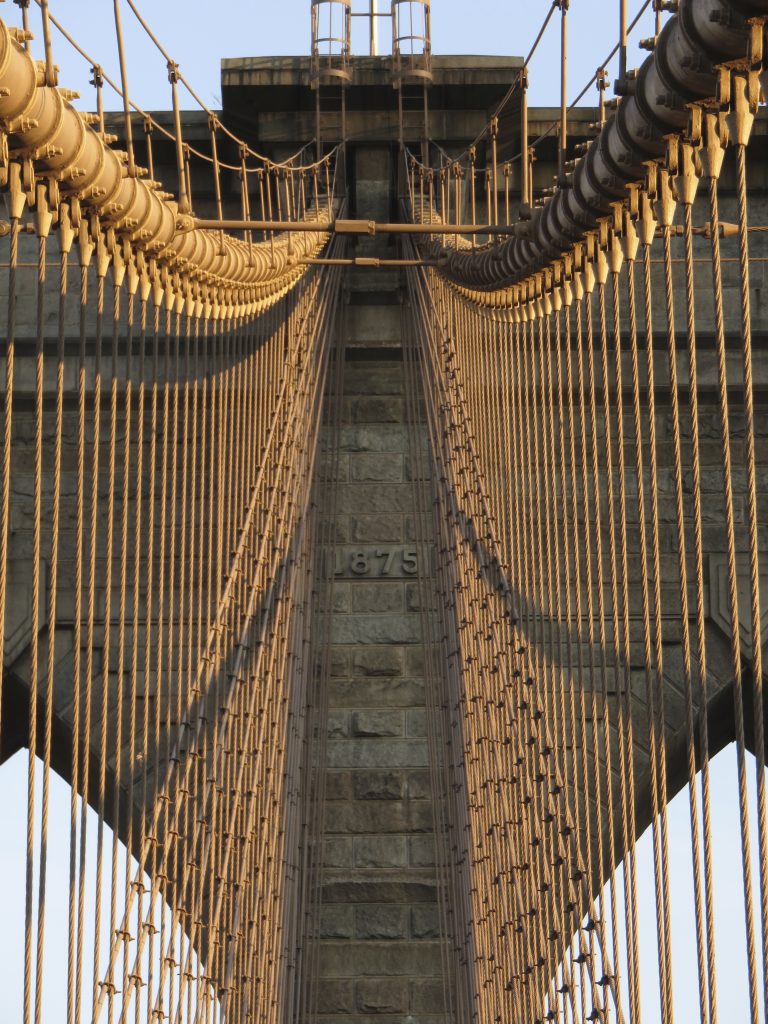 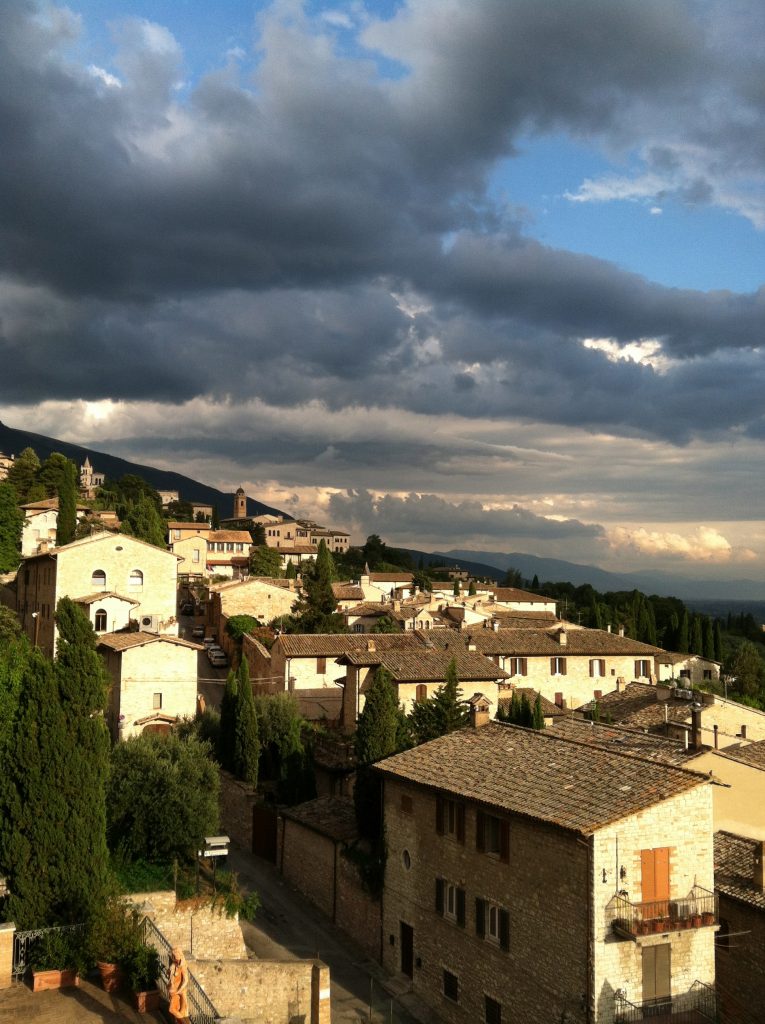 And please note: Proceeds this year go to Planned Parenthood. So, buy away!

More Italy photos for you

I’m back, supremely jetlagged, and have managed to stagger out to the Rancho.  Bella, because I know you want to know, had a marvelous time with her cat sitter while I was gone. He was doing research much of the time he was at the apartment and therefore was sitting still.  This created a number of perfect opportunities to pet the cat, of which he apparently took advantage.  Bella says he can come back anytime.

I have about ten thousand photos from Assisi and environs, which I’ll be posting over the next week.  To start, here are a bunch of them. 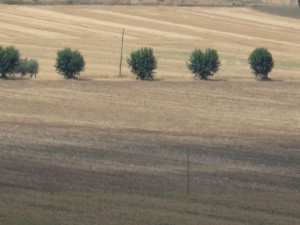 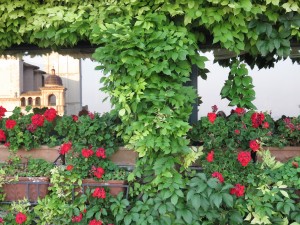 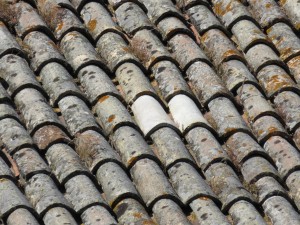 new roof tiles among the old (you didn’t think you were going to escape the roof tiles, did you?) 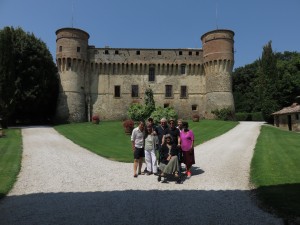 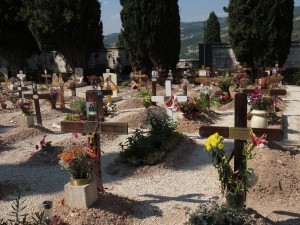 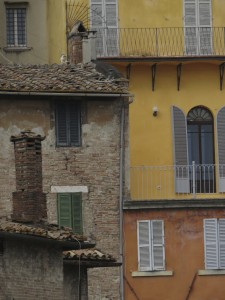 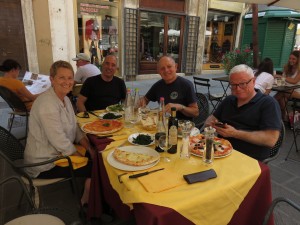 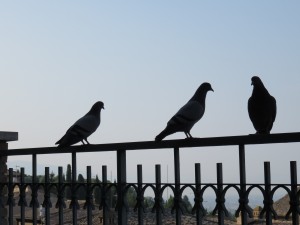 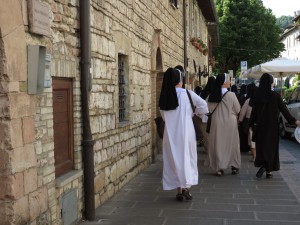 a gaggle of nuns

I’ve written from Assisi before about the Nigerian woman and her Italian husband who cleared the earthquake debris out of the San Pietro churchyard four years ago and started a farm.  The farm is one of the first stops I make when I arrive here every year and I’m pleased to report they’re doing well. 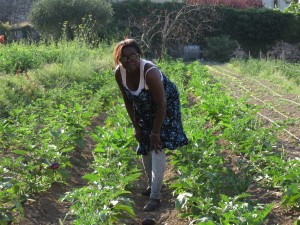 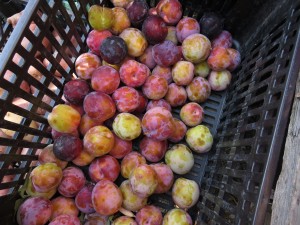 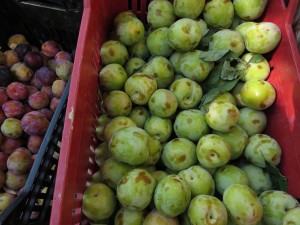 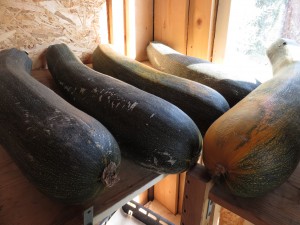 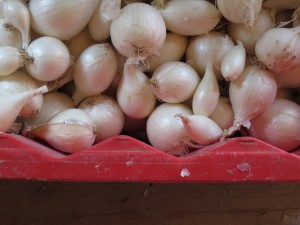 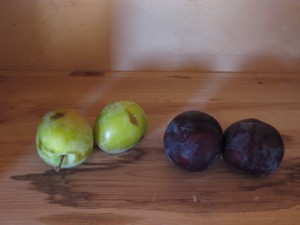 Soft with spots of olive moss,

I write in the morning and teach in the early afternoon.  In the early early morning, when it’s cool; in the mid-to-late afternoon, when it’s ridiculously hot; and in the late evening, when it’s thinking about cooling down again, I’ve been taking long walks.  Sometimes alone, sometimes with my buddy Barb.  The ones in the evening are classic post-dinner strolls and are usually with a group of about half-a-dozen people.

These are photos from the first three days’ worth of walks. 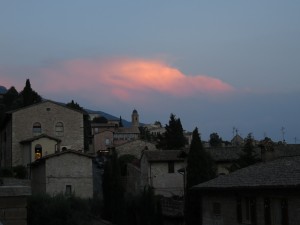 evening from the hotel terrace during the blackout 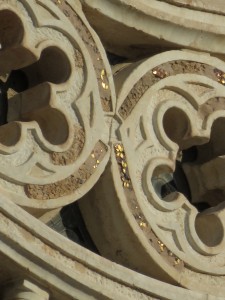 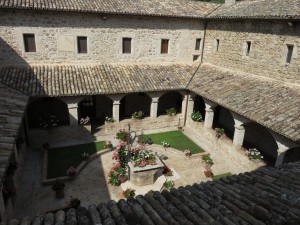 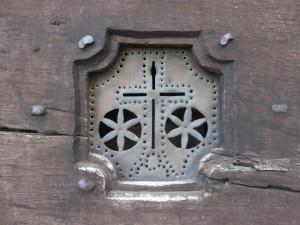 No sooner had we arrived than, in the middle of a pizza lunch in a basement place a few streets away, the lights went out. Blew their transformer, thought I. They brought candles and we continued devouring our pizza (mine was arugula and shrimp) because we were starving because the food on the plane was awwwwwful. We finished up and went back to the Hotel Giotto, where we found I was right but I was wrong. It was the transformer, but not the restaurant’s. The entire towns of Assisi and Santa Maria degli Angeli were without power.

The reason and the problem are the same: this is a major-league heat wave, 99F-102F every day. More and more homes and businesses are getting a/c, which no one around here used to have. So the draw on the power grid is more and more enormous on days like this. And of course, it’s on days like this when you care whether or not you have power.

Everywhere was out for a few hours. Then the power slowly started coming back, first in Santa Maria degli Angeli, then up at the top of Assisi, then creeping uphill and creeping downhill toward us. Creep, creep. No power meant no water, either, because the Giotto uses pumps. The hotel staff did a monumental job making and serving dinner by candlelight. We ate on the terrace and watched the lights come back on in this street and that street and the other street… Ours was the last, the very last, and our segment of it was the last segment. Around 11:30 the hotel manager and a lovely young man from the maintenance staff were suddenly knocking on room doors to come in and throw breakers and bring the rooms back on line. The a/c in my room still doesn’t work; I may have to move tomorrow. But water! We have water!

Still, the churches are here, and the streets, and the Umbrian plain. Now that there’s cappuccino in the cafés again, I can deal.