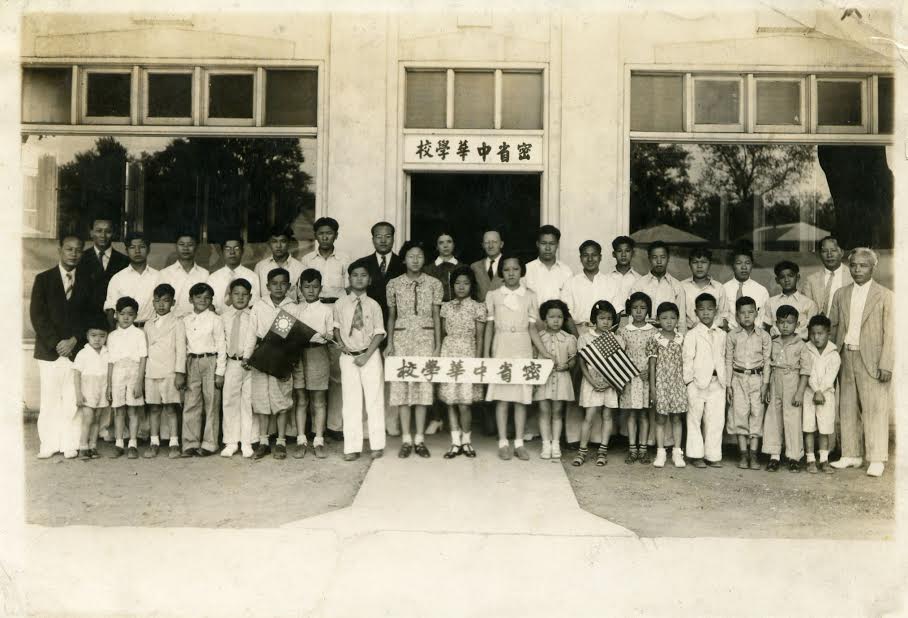 If you’re like me and this is the first you’re hearing of the 100-year-old Chinese community in the Mississippi Delta — don’t be a wise guy, the community is 100 years old, not the people — you’re probably scratching your head and saying, “Wha?” When I was told about them that was my reaction. So I researched, and the more I learned, the more fascinated I became. What brought Chinese people to the Mississippi Delta? Not gonna tell, but you’ll find out if you read PAPER SON. (See what I did there?) But I’ll give you a hint. This photo is of a Chinese-owned grocery store in Greenville, MS. Check out the clientele hanging around outside. 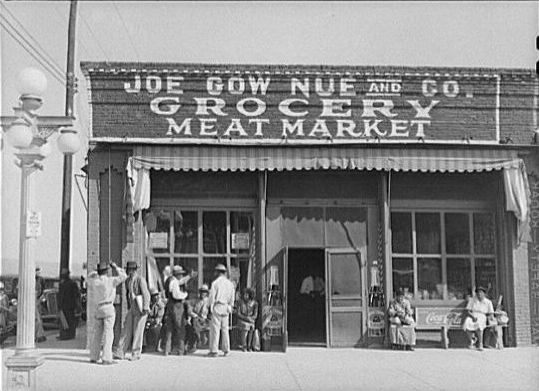 The Mississippi Delta — what is that, anyway?

PAPER SON drops July 2, at which time all those of you who’ve pre-ordered (and I sorta hope that’s lots of you) will find your copies winging your way. To celebrate this once-in-a-lifetime event — well, THIS book will never have a first day again — I’ll be posting historic photos of the Delta, from which I have just returned and in which the book is set. Those will start tomorrow, but I thought I’d offer, first, a little orientation. This is on account of because a friend of mine asked yesterday whether the Delta was the area around the mouth of the Mississippi River, down by New Orleans.

A reasonable assumption. But incorrect.

A river delta is, rightly, where a river breaks into smaller flows at the place where it hits the sea. (Called a “delta” because it’s usually a roughly triangular shape, like the Greek letter.)

The Mississippi Delta, though, is a misnomer. Broadly speaking,  this Delta is the floodplain to the east of the river. Check out the map, below. The Delta’s outlined in green. It’s said to start just below Memphis, TN, and extend to Vicksburg, MS. Most of PAPER SON takes place in and around Clarksdale, MS.

So why do they call it the Delta?

Ya got me. Anyone?

Winding up in Mississippi

PAPER SON, my sixteenth book and the twelfth in the Lydia Chin/Bill Smith series, will be out July 2. Mississippi, however, got a special dispensation to have books early, because I went down there last week to do a book tour. Cleveland — yes, Cleveland MS — Clarksdale, Greenwood, Jackson, and Oxford. Plus a podcast for the Mississippi Book Festival, where I’ll be on a panel Aug. 17, in case you’re in Mississippi and didn’t get sick of me last week.

For those of you not in Mississippi, I thought you might like a few photos. I posted some others on my Facebook page while I was there, and you can check them out even if you’re not on Facebook. 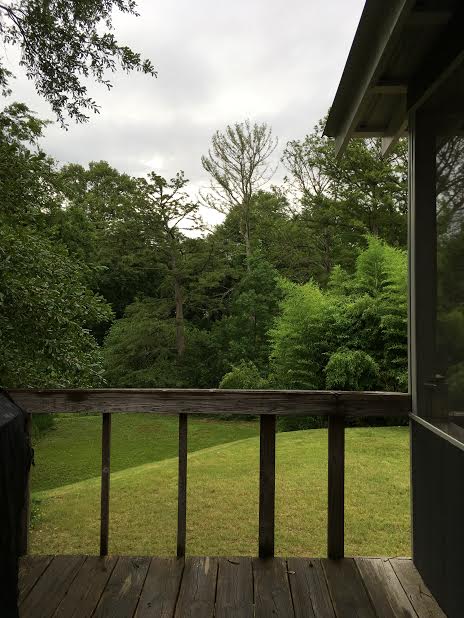 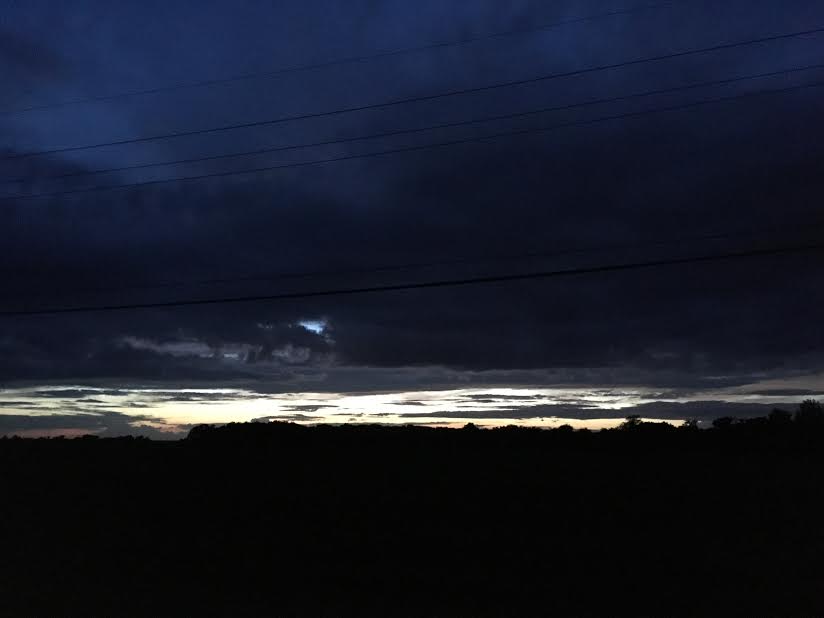 Sunset over the Delta. 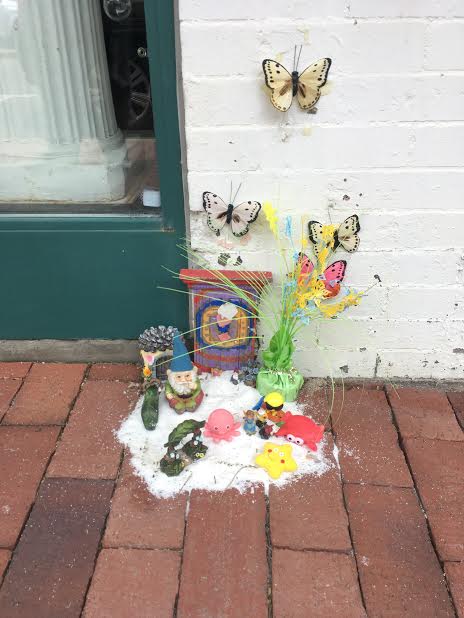 Greenwood sidewalk and don’t ask me. 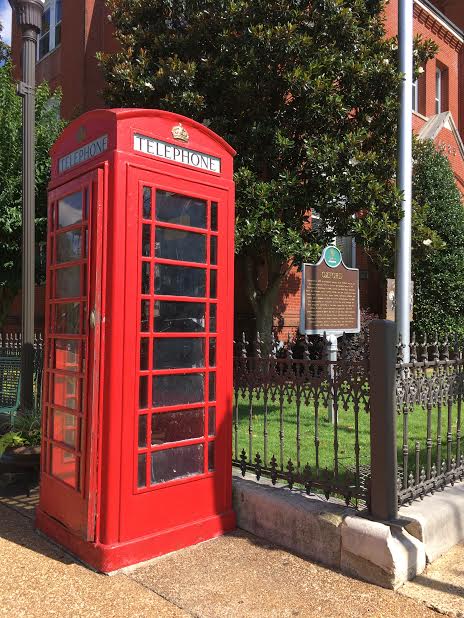 Winding down in Wisconsin

Here I am at the end of another Novel-in-Progress Bookcamp. This is my sixth year as writer-in-residence here and I love this gig. The writers who come are serious and work hard; my fellow  staff members are a joy to be with; the caffeine flows freely; the food is plentiful; the place is beautiful. And in the evenings there’s beer, wine, and chocolate. What’s not to love? 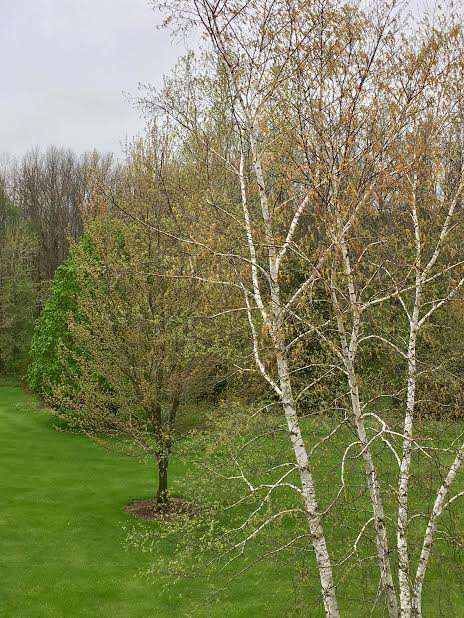 View from my window 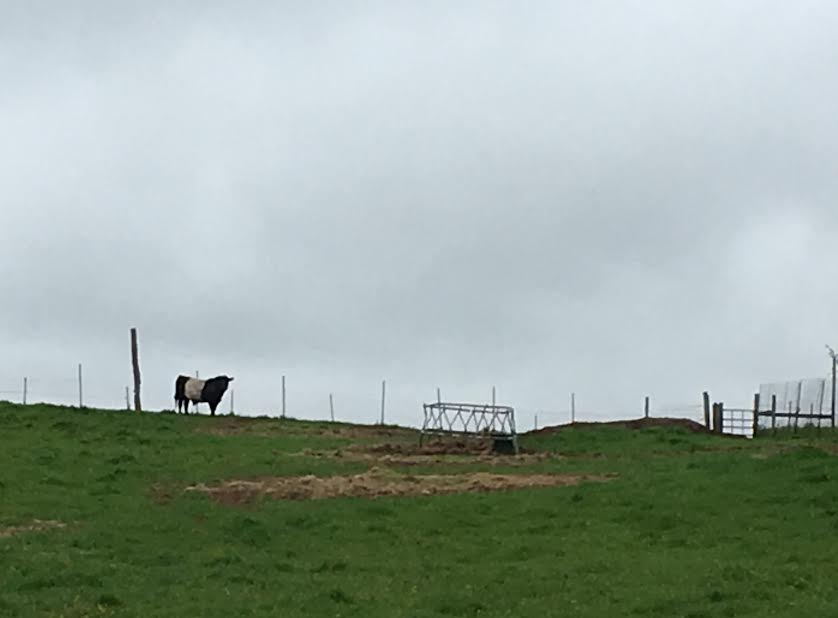 Lonely bull on the neighboring farm. His cows and calves have been moved to a pasture over the hill. He keeps bellowing for them. They’ll be back next week when the near pasture’s grown in again, but meanwhile he has no one for company but a big flock of geese and some heirloom chickens. (He’s a Belted Galloway, for those of you keeping score.)

The front of the property is a retirement home for goats and horses. Right now two aged goats and an old pony are in residence. 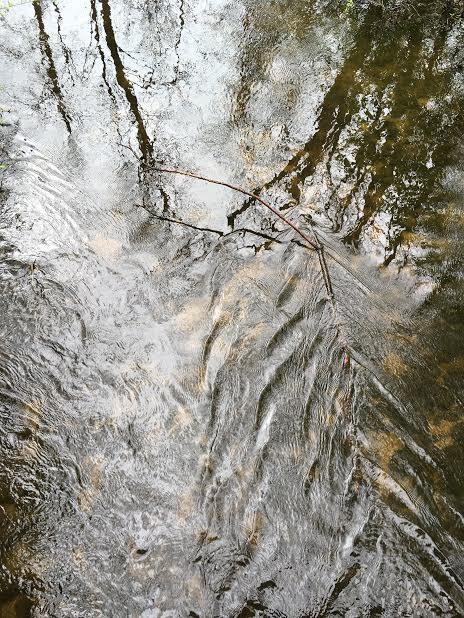 After this week’s weather more streams than usual are flowing on the 100 acre property. Some of the new ones are in what are usually paths. This one, however, is a real stream.

Abortion, choice, and the cold hand of government

I’ve said this before and I’m going to keep saying it as long as I have to. The terrifying thing about abortion bans like Alabama’s is not their manifest contempt for women. It’s what this can result in three or four steps down the road.

These laws put that decision in the hands of the state. Right now we’re in an evangelical, life-begins-at-conception phase. No one can have an abortion; that’s what these laws purport to say. But they don’t say that. They say the state, not the woman, gets to decide. And what happens when our attitude shifts, as attitudes do?

Deformed fetuses. Fetuses that’ll grow into disabled adults. Fetuses genetic testing indicates will be diseased. Maybe we should abort them, whatever the woman carrying them thinks, to save everyone the heartbreak — and cost — of their short, unproductive lives.

The sixth pregnancy of an opioid-addicted woman already on welfare. Maybe we should abort it, whatever the woman carrying it thinks, because she clearly can’t look after the kids she’s got.

“JEWS WILL NOT REPLACE US!”

They sure won’t, if they don’t get born.

China did it for decades. Every woman who already had a child had to, by law, abort any further pregnancies. Can’t happen here?

This is about who gets to make the choice.

I love New York, and

I’m walking behind a young boy, maybe four years old, and his dad. They’re holding hands and talking in Spanish, about the parking place they found and something about Mama that I didn’t get. Then the kid says, “We need ta poo.”

Dad says, switching to English, too, “You just went before we left home.”

Dad: “Okay, no problem. We’re almost at the park and they have a potty there.”

Whereupon the kid stops, pulls on his dad’s hand, points to the stuffed bear the little girl ahead on the sidewalk is carrying, and says, slowly and loudly because adults can be so dim-witted, what he’s been saying all along: “WINNIE! THE! POOH!”

I love New York so much I made a 2019 calendar. Get yours now while there’s a discount!

All the photos except one were taken in New York. Extra points if you spot that one.(Hint: this isn’t it.) 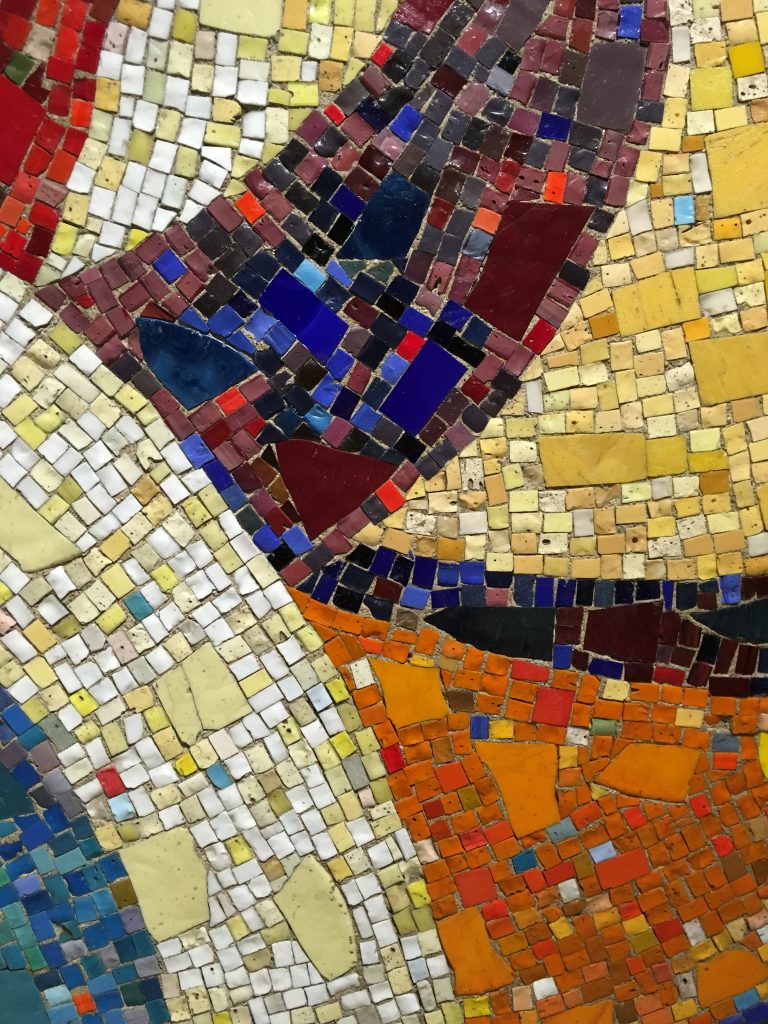