BOYS’ OWN BOOK, CHAPTER ONE

SECRETS NO ONE KNEW 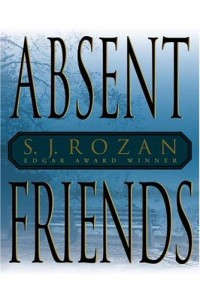 Four boys, three girls, high and soaring, skin sizzling, tingling under the dizzying stars. Everything open and opening: the ragtop to the sky, the sky endlessly to the huge summer night. This night to their limitless lives.
Everything opening: In the black sky tight bright bursts eclipse the luminous moon, explode as fiery streaks, fountains of scarlet, rockets of silver, purple blooms and sprays of green. On the radio rising swells of tinny music; from the car shouts and applause.
Everything opening: The girls to the boys, not for the first time, but with a new, laughing heat. The boys to each other, grunts and shrugs and grins their fiercely-sworn oaths, beer cans their glittering tokens of fealty.
Everything, everything opening: Surprisingly, newly, the boys to the girls.
The boys? One is quiet, and one sure; one eager; and one flying, as always, too near the sun. The girls are royalty to these boys, have been since their memories began; and now, as the boys turn into men, the girls are knowing, wise and real to them in ways they are not yet, to themselves.
All would tell you.
And on this patriotic night, this celebration of association, when people all around them are reveling in the sheer staggering luck of being born into the community they would most, given a choice, want to be part of — what are they feeling, the boys and the girls? Not fear, not on a night like this, when together they could conquer invading intergalactic armies, with grace and ease they could defeat rock-blind, howling swamp men burning with destruction. Not fear, but the hope of an anchor. The need for each other’s weight in the whirlwind. “You Are Here” marked on a mental map. You are here right now, today. One of the boys leaving in the morning, everyone else to stay. All have been told by men and women, older and more tired, that the marked spot shrinks to nothing, that no ballast can hold, that the buoy above the anchor disappears in the bobbling waves.
Not one of the seven believes it.

It can be said that here the story begins, though it has been going on for some time. No story has a true beginning, and none has an ending, either.

A HERO REMEMBERED: CAPT. JAMES MCCAFFERY
by Harry Randall
Third in a series of profiles of the lost heroes of Sept. 11th

Note to readers: September 11th produced countless heroes. Many are still with us; others perished. Some final acts of bravery and sacrifice will never be known. The New York Tribune joins a grateful city in saluting all the unsung heroes.

There are others among the lost whose final deeds stand out in memory. In this series the Tribune profiles of some of these heroes, as a testimony to their courage and to the character and pride of all New Yorkers.

THE MAN WHO SAT BY THE DOOR

Harry Randall’s death broke over Laura Stone like a thunderstorm out of a clear blue sky. That was even one of her stupid thoughts, one of the notions that floated by as Georgie who’d brought her the news hovered, ready to catch her if she fainted or to fetch water, a sweater, whatever she wanted. Georgie who’d always loved her. I should have known, Laura thought, rubbing her thin arms with her newly cold hands, seeing not Georgie but the Hudson flowing splendidly through the glorious afternoon in the window behind him: it’s such a perfect, beautiful day.
In New York now, beautiful days were suspect, clear blue skies tainted with an invisible acid etch. “Lovely weather,” neighbors greeted one another, smiling under the generous golden sunlight of an Indian summer still unrolling into late October. Then their smiles would falter. They’d nod and walk hastily on, to avoid acknowledging the likeness, to escape seeing, in each other’s eyes, how stunningly beautiful that day in mid-September had been, too.
The next equally meaningless thought that passed through Laura’s mind as she stood staring down at the river: how long had Georgie known? Had he stood watching, waiting for her to leave her desk to go stand by the conference room window — a thing she could be counted on to do half a dozen times a day, to come here to watch the Hudson flowing to the sea while a sentence composed itself in her head — so he could be the only one near, the one to comfort her?
No, she told herself impatiently, as you might scold a child for making a claim he knows is false: I can fly, or My dog ate a car. No, not Georgie. I’d do that. I’d deliver bad news to Harry that way. But kind, lovesick Georgie wouldn’t do that to me.

Bad news, or good news. It was Laura who’d pinned yesterday’s front, the front that carried the third Jimmy McCaffery story, to Harry’s corkboard. Not where everyone could see it (though of course they’d all seen it when the paper came out, all seen Harry Randall on the front again after a five-year drought, not just the front but right-side and above the fold, they’d all seen that). She’d tucked it in the corner, folded small, just the head and sub-head left to shout privately to Harry how proud of him she was. It was still there, still shouting:

Surprising her, Harry had left it up all day yesterday. But he was sure to take it down today. No, but — twisting stomach, ice on her skin — according to Georgie, Harry wouldn’t be here today, wouldn’t be here again, wasn’t here, was gone.

But — swept away suddenly, losing her footing to a rogue wave of hope — Georgie must be wrong! It wasn’t Harry. Someone else took Harry’s car. Who? What was the difference? It was someone else’s body. She’d go, she’d go now over to the morgue, past the tent and the refrigerated trucks where all the unidentified bodies were and this would be just another one, just someone else no one knew. She’d tell them it wasn’t Harry, and later, back at home, she and Harry —
Georgie was shaking his head, reaching for her. Laura heard, horrified, her own voice, high and shrill, speaking these thoughts aloud. Suddenly shivering, she spun away from Georgie, turned to the river, willing Georgie to stay back: if he touched her, she would splinter and crack, like ice in warm water.
The river blurred, her face felt steamy: oh God, she was crying, with Georgie there. Her knees wobbled. Despising herself, she dropped onto a chair. It was the one with the coffee stain on the arm, from the morning meeting, soon after Laura had come to the Tribune, when Leo had complained about something — toothlessness, Leo’s word — in a story of Harry’s. Harry, to the mortal eye unperturbed, offered a smiling, insolent reply. Leo tossed the pile of copy and a disgusted snort in Harry’s direction. The gods clashing on Olympus: Laura had been thrilled. The papers had upended someone’s coffee, not Harry’s, she remembered, but someone else’s.
“Who has the story?” Confused, Laura heard an imitation of her own voice demand this of Georgie. Oh, she thought: Reporter-Laura, that’s who’s speaking. She who went to a hospital groundbreaking to give the donor a chance to comment on the rumor that the multi-million dollar windfall was profit from his drug operation in Mexico. She who pushed herself into the face of a mother to ask how she felt now that a fire had killed her children.
Georgie, weakly and after a moment: “What?”
“Who?”
“Laura, what’s the difference?” Georgie had damp brown eyes and a mouth eternally open, eager to speak the right words, of comfort, of explanation, if only he could find them. He preferred to be called George, or, better, to be abruptly summoned by his last name — “Holzer!” the way you’d hear “Randall!” or “Stone!” echo through the newsroom — but no one ever did that. His beat was technology, science. Half the Tribune staff held he was a virgin; the rest, that he visited a Korean whorehouse on 38th Street twice a week.
Laura, who never gazed long upon Georgie, looked angrily past him now, through the blue sky’s reflection in the conference room glass, into the newsroom.
It was everyday chaos there, the regular thing. The attacks had not forced the Tribune’s offices closed, but the rhythm, the urgent fast and steady beat of newsgathering, had been smashed and jangled. Throw a rock in water, orderly rings pulse in all directions; throw many, and the world is anarchy, confusion. It took time for the Tribune’s tempo to re-assert, but finally it had. Keyboards clicked. Men with their polished shoes on their desks leaned dangerously back in chairs asking pointed questions into phones. Women with sharp elbows leaned forward over theirs, desks and phones, listening darkly. Someone came, someone went.
Laura turned to Georgie. “They don’t know yet.” It was an accusation.
“Leo’s about to call us together. I asked him if I could tell you first.” It was an admission of guilt.
“First? So you could — ? I have to — ?”
On top of her words: “Laura, you know — ”
But Laura was refusing to know. A wave of fury threw her out of her chair, fury at Georgie for the news he’d brought and the way he’d brought it, at the river for flowing and the sun for shining and the leaves for falling from the trees.
Before she could scream and tear Georgie apart — he would have permitted this — a change in the tenor of the newsroom froze her. A ripple in the force field: Leo was stepping from his office. He planted himself just over his threshold and when he stood there and roared, “People!” everything stopped.
Square-headed, white-haired, rough-faced and bulky, Leo waited, not long, for phone calls to end and documents to be saved-as. Laura and Georgie, after a motionless moment, stumbled unthinking through the conference room door: rage, shock and sorrow could not, even combined, begin to overcome the autoresponse triggered in a reporter by Leo’s bellow from the doorway.
So Leo delivered the news, and Laura had to hear it again.
This time it was ornamented with details. If she’d been listening as a reporter these would have been important to her. Fascinating even, as they clearly were to the colleagues around her who, though unable any longer to be impressed by death, could still be surprised by the personal nature of one like this; but not enough to keep them from scribbling notes on pads, in case Leo assigned them the story, or from stealing glances away from Leo to send them Laura’s way when they thought she wasn’t looking.
But she was looking, though for their glances she was determined to have nothing but scorn, and she didn’t hear the news as a reporter, though she was one. She heard it as a student, as an acolyte, apologist, and lover, and the word Georgie hadn’t used but Leo did, the dam-break that swept her into wordless disbelief and powerless fury, was “suicide.”