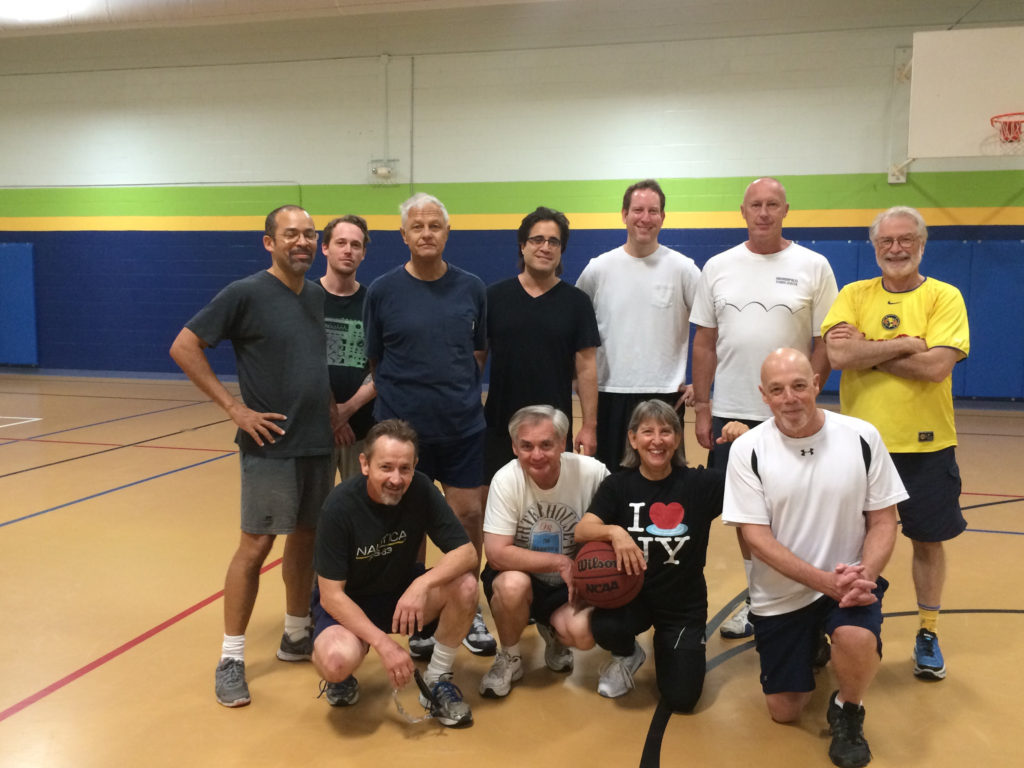 Standing third from the left, Parnell Hall one of the ways I remember him best: on the basketball court, where he had a funny (of course) one-legged stork shot that always went in. I remember him at the poker table, too, where he’d shake his head sadly at his cards, sigh at his luck, and leave at the end of the night with great piles of other people’s money. He was one of the first people I met in the crime-writing world. I was a last-minute substitute on a panel at Bouchercon Seattle in 1994. My first book had been out about an hour, I hadn’t expected a panel assignment, and I was terrified of being up there with the grownups. Turned out nothing I did mattered. Parnell and Donald Westlake spent 40 minutes being hilarious and ended the panel with a cream pie in the face. Parnell’s face, of course. He was generous, kind, funny, smart, and I’m going to miss him terribly.