Finally, spring is here in NYC. We had two warm spells last month which fooled the trees and flowers, followed in one case by a temperature deep-dip and in the other by pounding cold rains. So the crocuses were barely seen this year and the earliest daffodils got flattened. The later daffodils have come out now to represent, though, and the tulips are up, though not blooming yet. One of the azaleas in the park can’t hold back anymore, either.

Down by the river it’s been foggy the last two days, yesterday a thick blanketing fog but this morning a fog thick low down and  above but with a thinned-out strip in the middle.   This leads to that odd sight where the bottoms, not the tops, of buildings are lost. 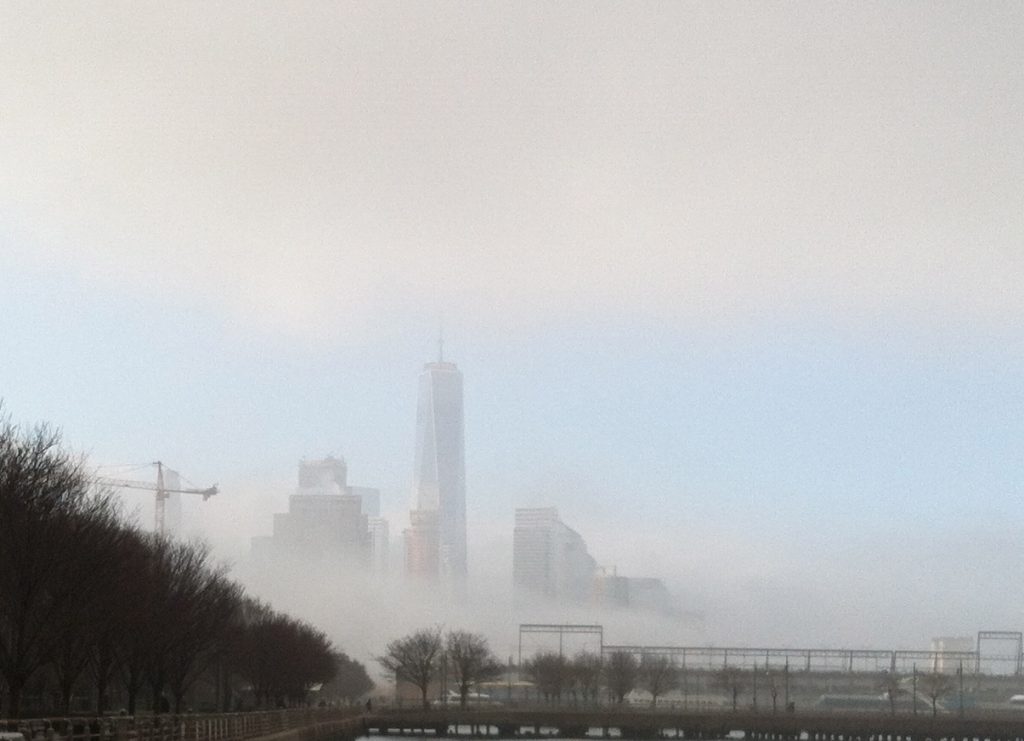 The Brant geese are still here, but they’re collecting in larger and larger groups so I think they’ll be heading back to the Arctic soon. The buffleheads seem to be already gone. Mallards, Canada geese (named, by the way, for a guy named Canada, not for the country) and Gadwalls are all here, eating like crazy and looking for places to nest. I saw an egret high overhead and this morning six blue herons heading north together. Robins, bluejays, cardinals, various sparrows, and mourning doves are haunting the yards behind me. Just now a clutch of sparrows, a species that gets their business done early, fledged, exploding out of the nest. One landed on my windowsill and as fledglings will, looked stunned at his own audacity and waited for instructions. Unlike this fledgling, 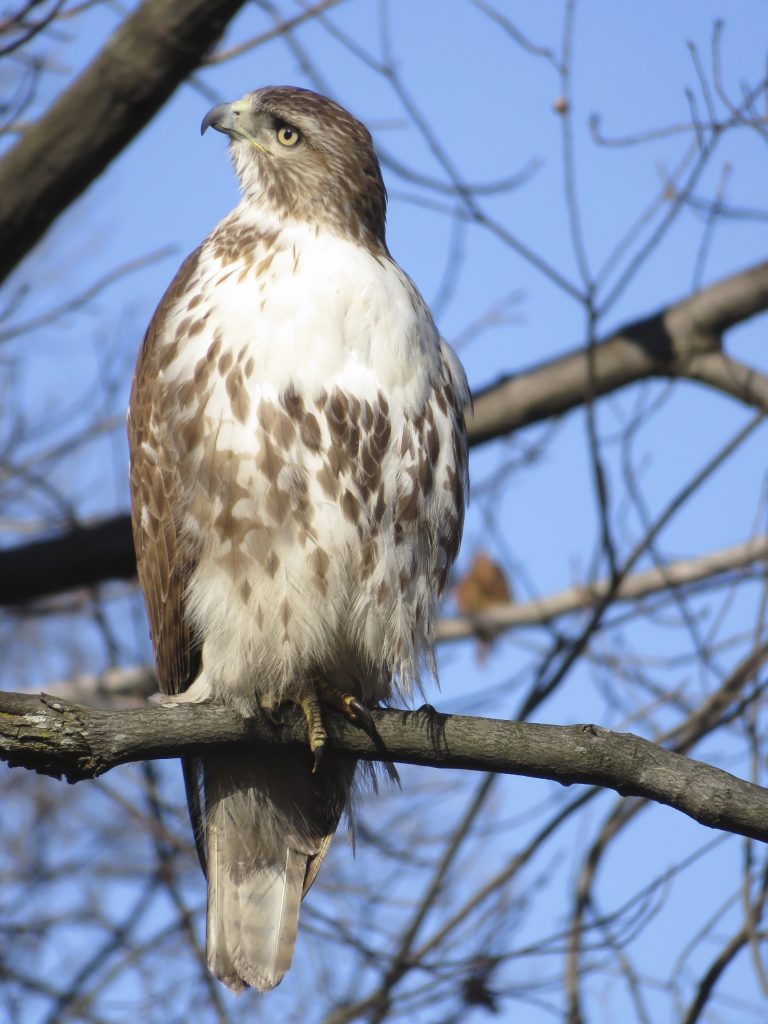 who was sitting about ten feet from the path at the Botanical Garden two weeks ago, also waiting for instructions from his circling parents, the sparrow on my windowsill actually has predators: Bella the Cat was pawing at the glass with excitement. Good thing for the sparrow population that glass doesn’t vaporize at a cat’s desire to spring.