Boy is it raining here in NYC. It’s so dark in my usually-bright apartment that I seem to be wearing an olive shirt instead of the gray one I thought I’d taken from the drawer. Thunder and lightning, even. April showers, indeed.

But it’s okay. Saturday was gorgeous and I was out most of the day. And yesterday the rain didn’t start until evening, so after basketball I had time for a good walk through northwest Harlem to meet JL for a performance by Lotus Music and Dance at the United Palace Theater. Besides the fact that Lotus performances are among my favorite things, there’s the thrill of the theater itself. It was built as one of Loew’s huge movie palaces and is the only one never to fall into bad disrepair, owning to its second owner. After it closed as a theater in 1969 — showing “2001” as its final show — it was bought by a gent known as the Reverend Ike. He was a prosperity theology preacher, known for saying such things as,

“The best thing you can do for the poor is not be one of them.”

His place had to look prosperous, so Rev. Ike fixed what needed fixing and preached in the theater for years. After he died in 2009 his son made it over into a community cultural center.

So on this rainy day, I present to you the glories of the interior of the United Palace Theater. The exterior is spectacular, too, but I only managed one shot of that before we had to go take our seats, and when the performance was over the rain had started. You’ll just have to get up to 175th and Broadway on a sunny day and see for yourselves. 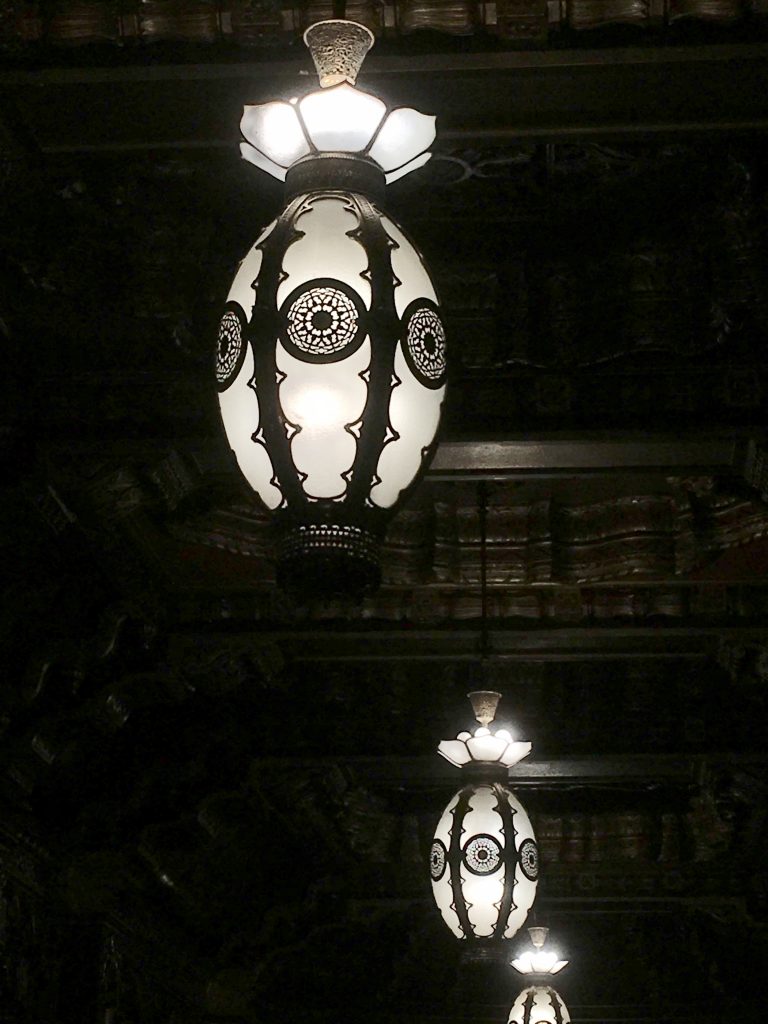 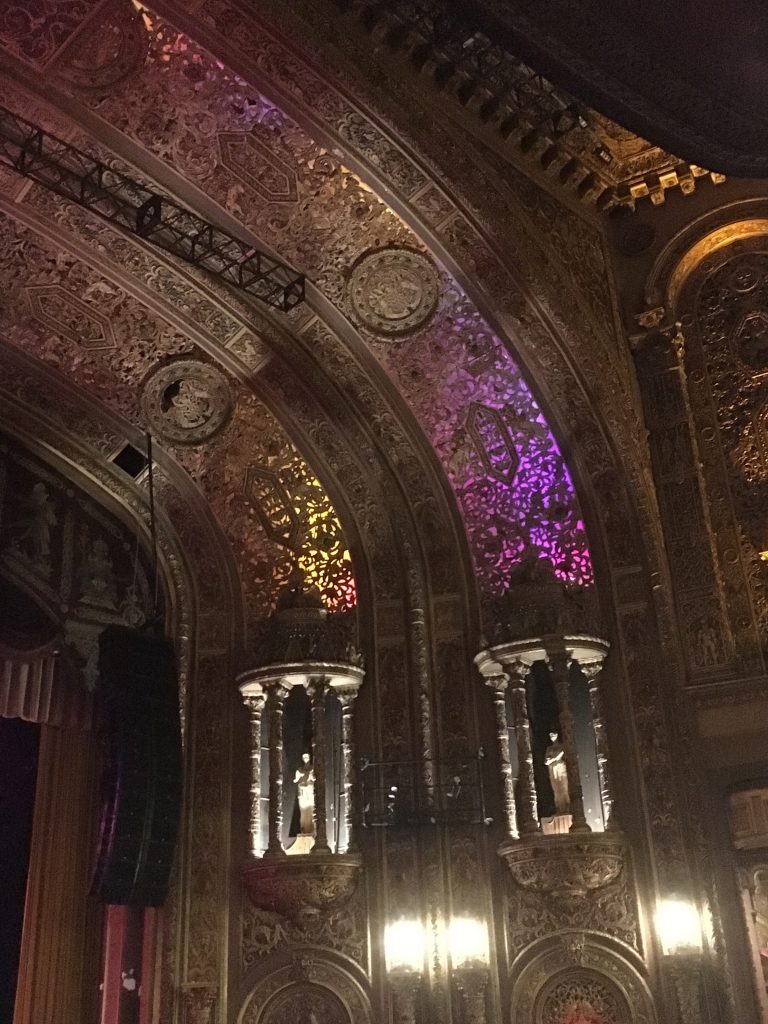 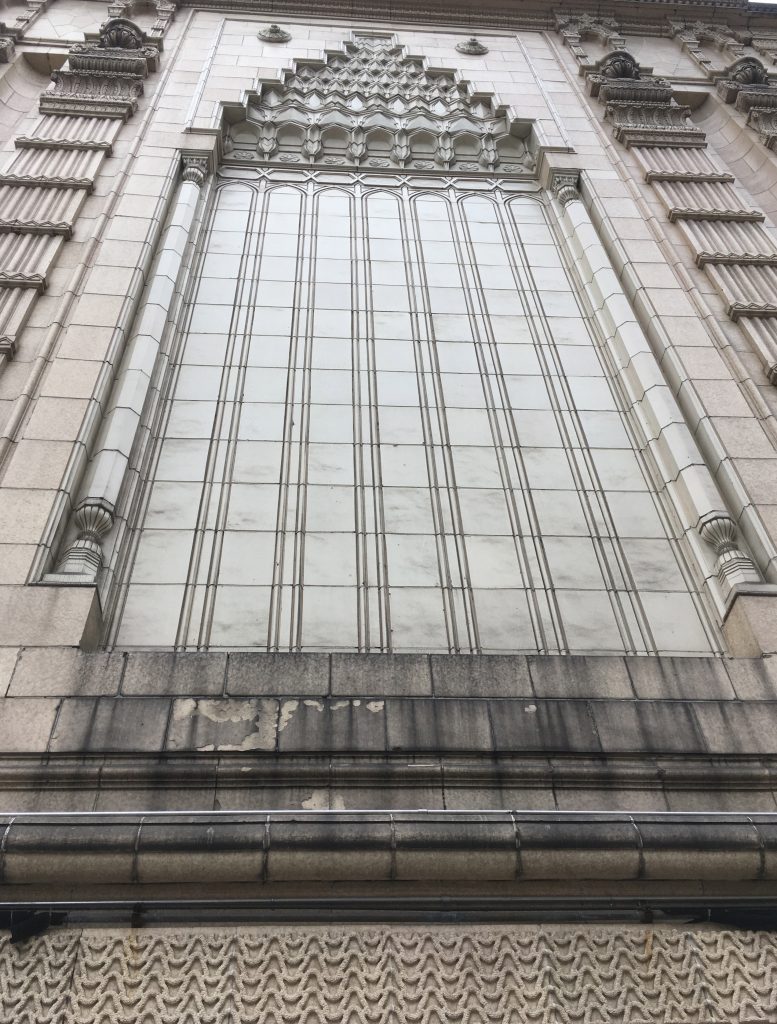 Exterior — and this is the rear 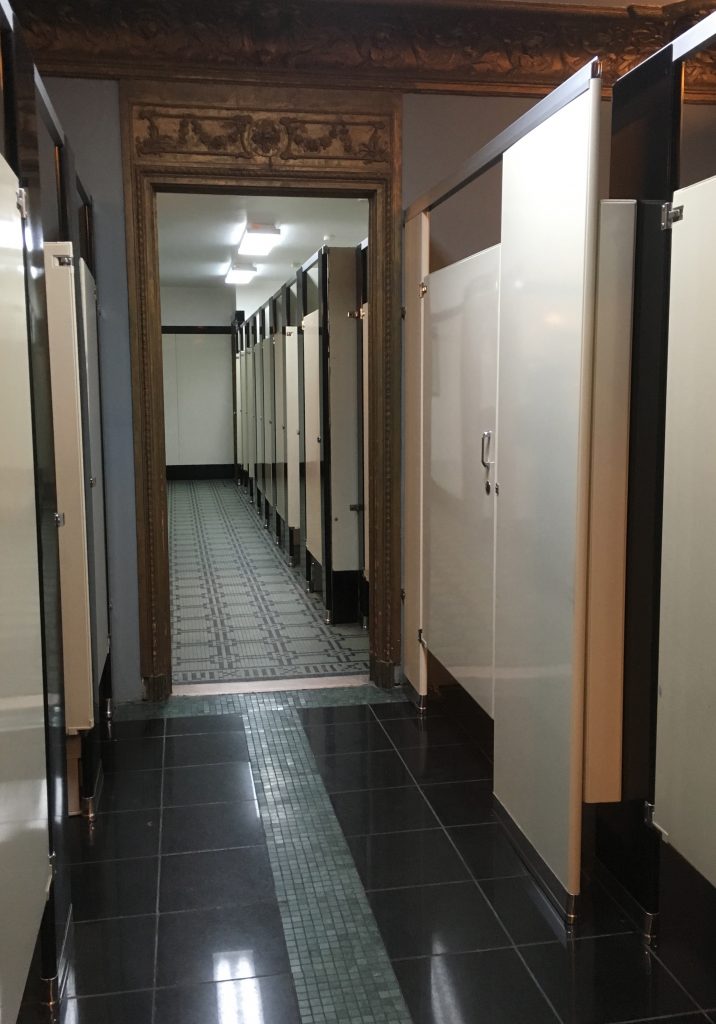 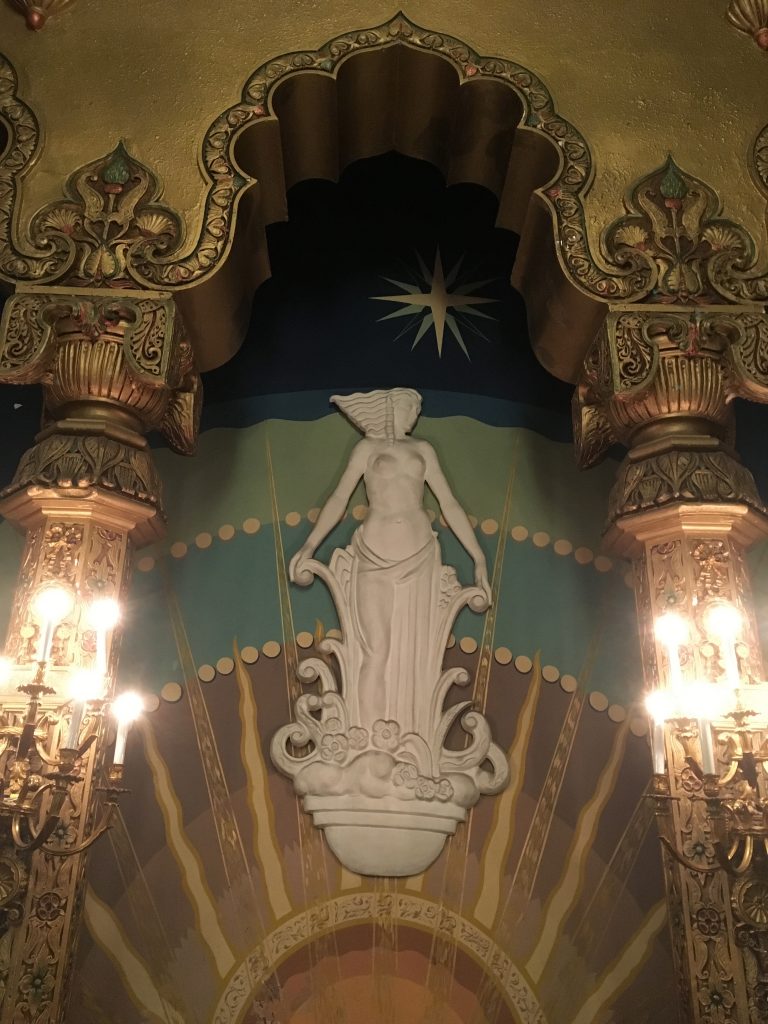 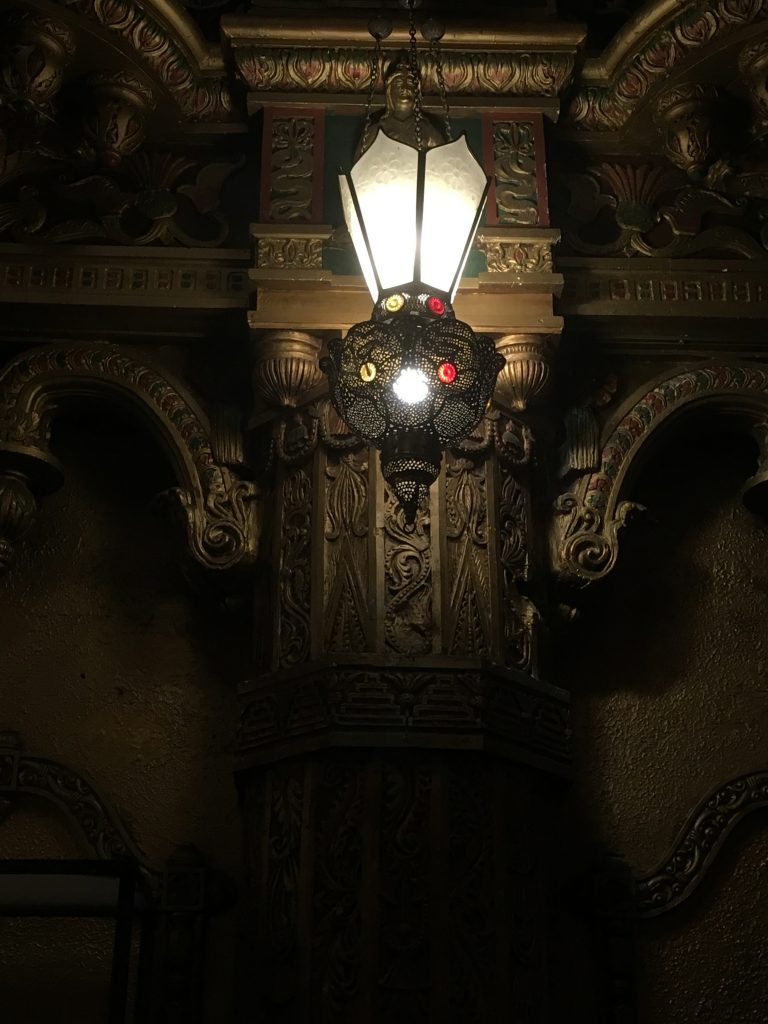