Chinggis is my homeboy

Chinggis Khan would roll over in his grave if he heard me say that, except chances are he was never put in the ground.  In his day people of importance often received “sky burials” — their bodies were taken to a high mountain and left for the birds to devour. It was an honor.

Chinggis is everywhere in Mongolia. The best vodka is named for him, and the best beer.  Whatever it is, if it’s best, it’s called Chinggis.  Outside Ulaan Baatar they’ve built a giant, by which I mean giant, statue of Chinggis on his horse, ready for battle.  Stainless steel, with actually quite a good museum in the underground base.  (Click on any of these to see more on Flickr.) You can go on up in it, like in the Statue of Liberty.  How big is this thing? Back in the day they used to cut the horse’s manes short so they’d bristle.  The bristles in the mane of Chinggis’s horse here are people. 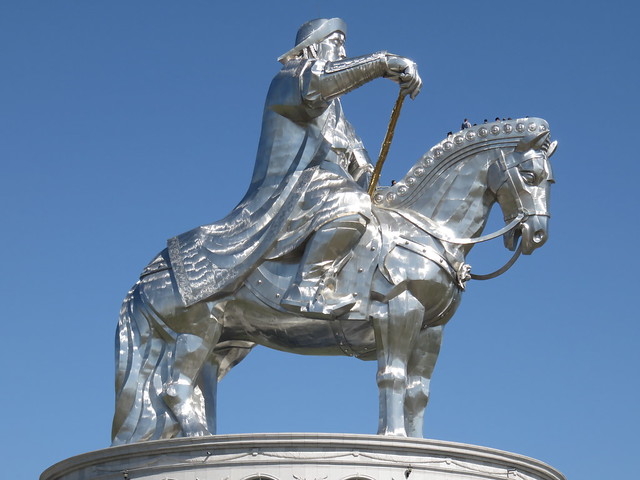 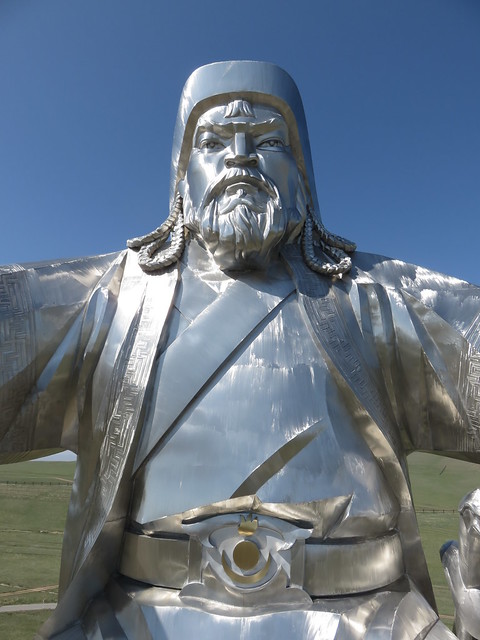 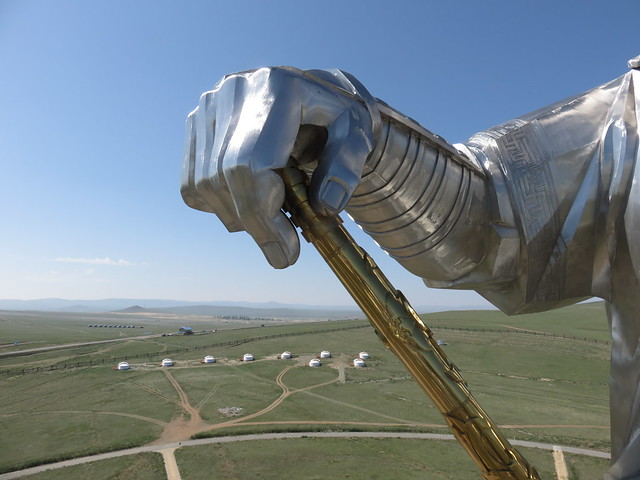 He’s got his eye on you. 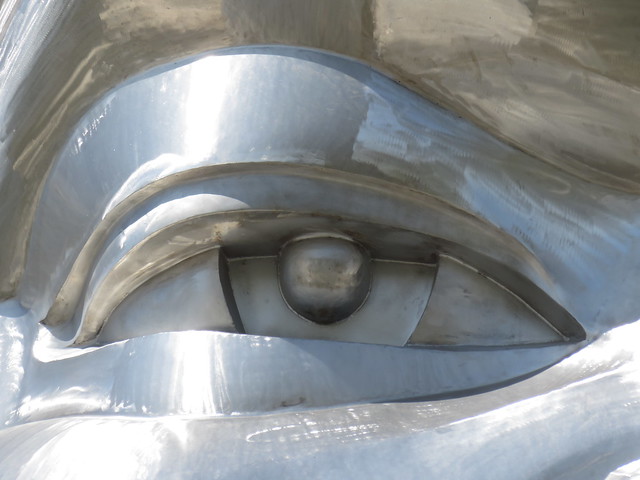 There is one problem, however. The place where you emerge from the statue into the light is perhaps not as well thought out as it might have been.  Here’s me, emerging. 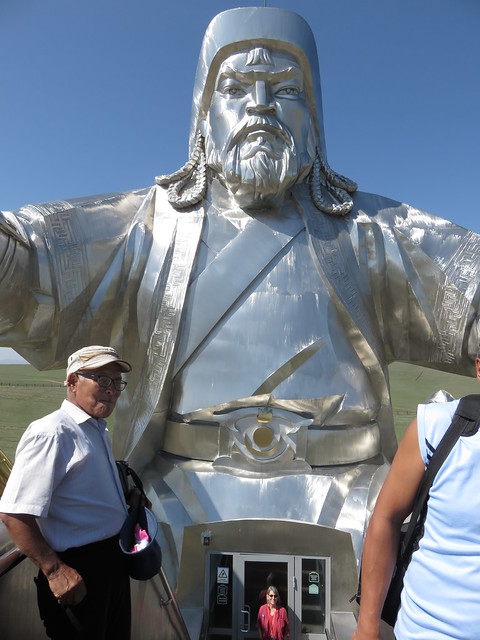