Afternoon at the Rancho

Breezy here, which is great, because it’s hot. I’m on the porch watching the whitecaps roll around on the bay. We have only a tiny slice of water view, but it’s framed by branches and quite lovely. The rocking chair beside me is going as though The Invisible Man were also enjoying the afternoon. What’s a zephyr where I am is apparently a strong wind higher up; the trees are tossing their heads. An osprey with a fish in its talons just headed across the sky above the yard, struggling and pitching until it found a current it could ride. For some reason unknown to me, the ospreys don’t seem to fish where they nest. The ospreys from the beach to the north will fish in the water to the south, and the birds with a nest to the east —  I have an almost-irresistible urge here to break into

The Vessel with the Pestle

but I’ll give you Danny Kaye instead.

When I got here I filled the birdfeeder, and though I had no customers in the hottest part of the day I had a house finch and some sparrows later on. Four crows were roosting in the neighbor’s apple tree. They’re a family; for the last two weeks the young ones followed their mother around making weak little “feed me” caws.  That’s over now.  One by one, they flew from the apple to the maple on the other side of the yard, feathery black shapes across the blue sky each with a small green fruit in its beak. 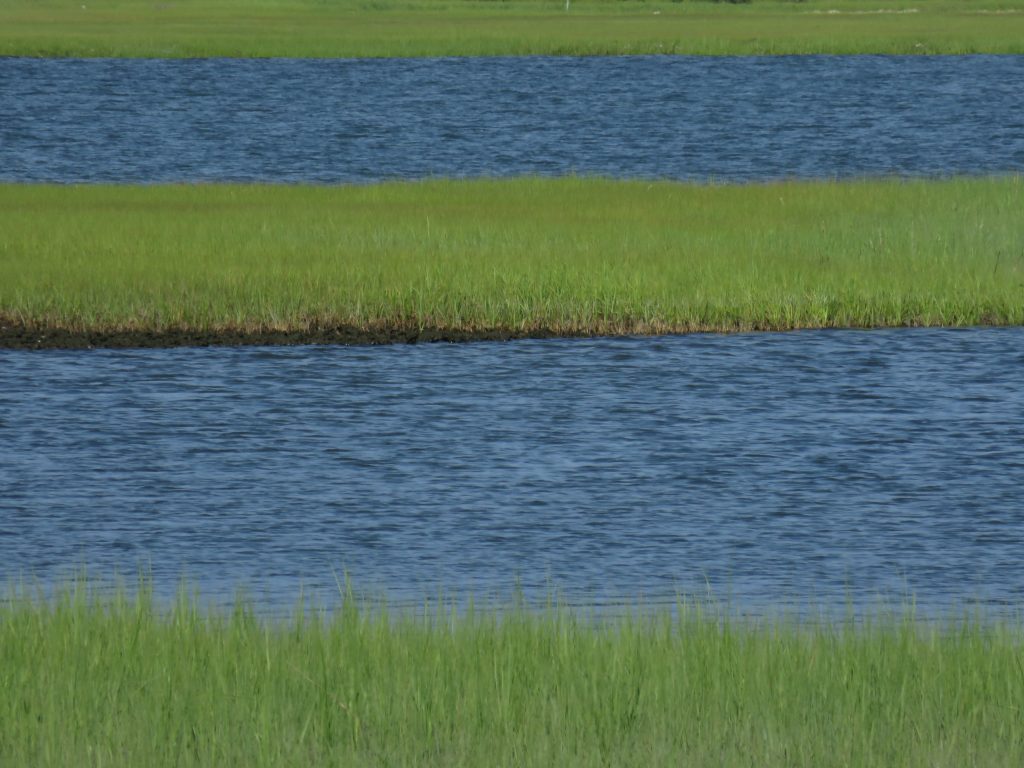