This is me lurking in the shadows of Doe’s Eat Place, Greenville, Mississippi. Doe’s was originally a honky-tonk, and later a restaurant. On the wrong side of the tracks because Doe himself was Italian, which made him, like the Lebanese and Jews of Greenville, colored folk, the restaurant found itself sneaking white folks in the back door because the steaks were so good. Now anyone can eat at Does, and I do recommend it. 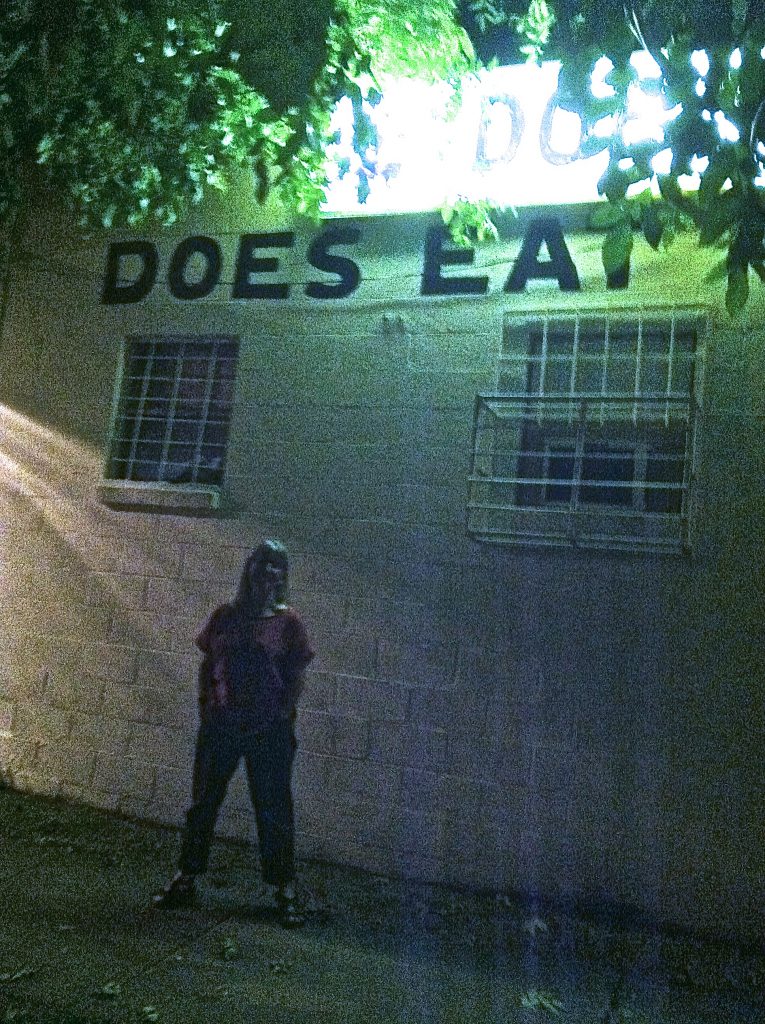