Lots of fog in the past few days, much of it beautifully low-hanging enough to dissolve the tops of the towers on both sides of the river. Cormorants huddling on the pilings, gulls swooping, and a red-tail who seems to be making the neighborhood his home. Fingers of gold leaves from the locust trees lying in criss-crosses on dark wet stone. This morning, sudden silver bursts of fish jumping from the water right in front of my bench. I watched for a while hoping they were being chased by a seal who’d eventually surface. Seals from New England do winter in Jamaica Bay, but they don’t often come this far up the Hudson. I’ve only seen one here, about four years ago.  Did not see one this morning.  In the end I had to admit the predator was probably just a bigger fish. 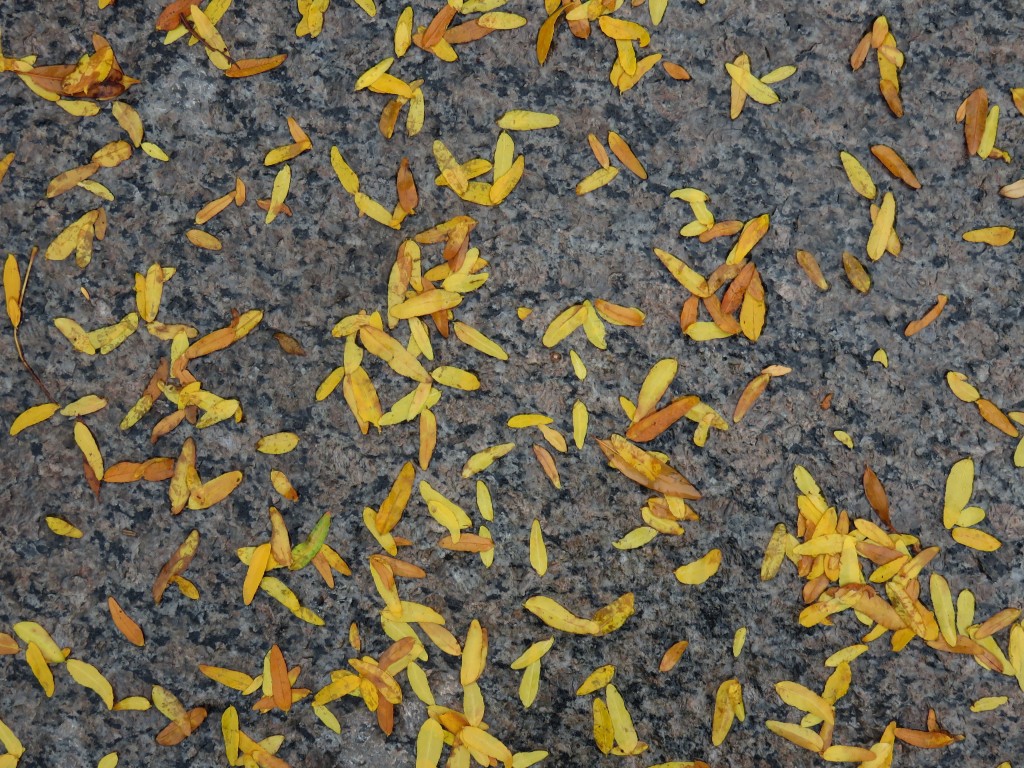