Two weeks ago a pair of male buffleheads came splashing in for a landing at the piling field near my bench.  It was early for our locals who winter here, so I figured they were headed farther south and just taking a rest.  Didn’t see them again, so I was probably right.  But this morning, a single male landed, floated around a piling with a seagull on it, and dove for fish, looking right at home.  About twenty minutes later a flight of Brant geese went by, showing their plump white behinds in a messy V.  The winter visitors have arrived!

Also this morning, a gull swooped into a float of debris and came up with a small eel.  He flew away and was immediately mugged by another gull, who stole it.  Then the first gull and about a dozen others all chased the thief, not to bring him to gull justice but to steal the eel themselves.  Or maybe that is gull justice.  Anyway, I didn’t see who ended up with the prize, but I started to wonder: do gulls hold grudges?  Will Gull #1, who caught the eel, be gunning for Gull #2, who stole it?  Will he knock #2 off a perch, or hang around on purpose to see what he finds to eat so #1 can steal it, turnabout being fair play?  Also, are some gulls better at finding food, or quicker at catching eels or whatever, and are they therefore stalked by other gulls, who find it easier to steal a faster gull’s prize than to fish themselves?

These are the questions that come up in the early morning, by the river. 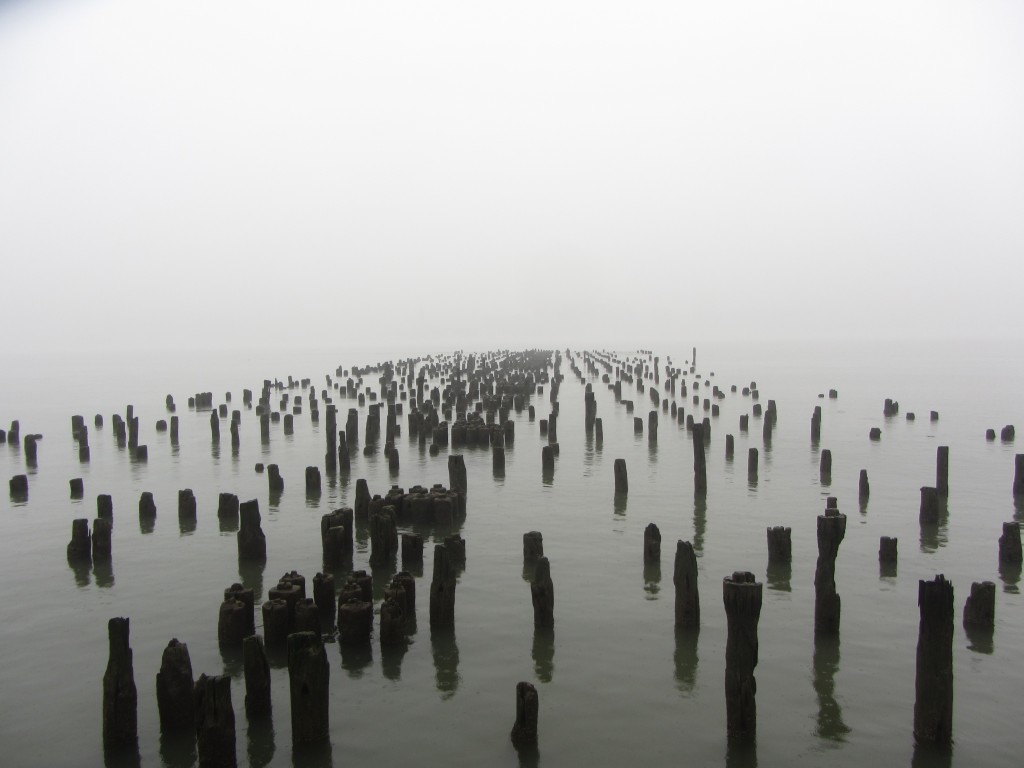